Technology From Essen for Manhattan‘s Skyline 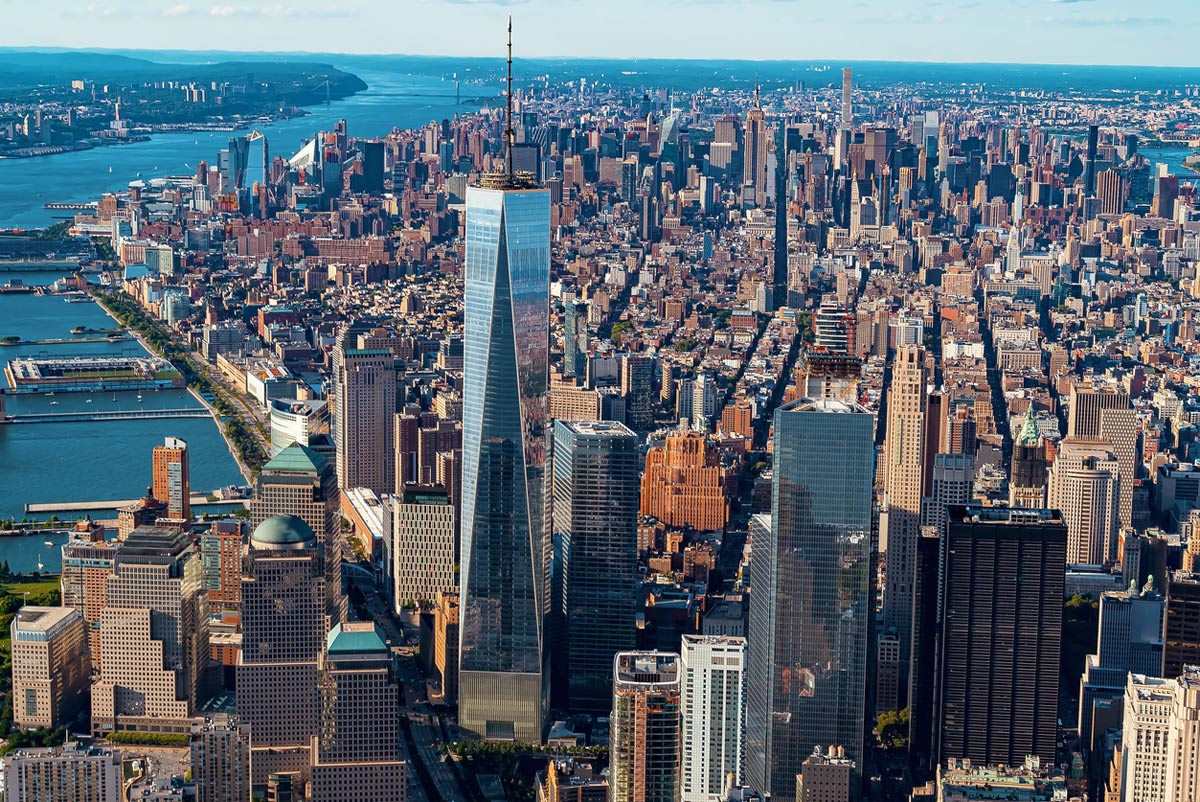 Thyssenkrupp supplied the elevators for the One World Trade Center. Neodymium turned into the problem solver.

Flatiron Building, Woolworth Building or Empire State Building – they are all icons of design and progress. The latest technical findings of the times were applied and the most modern of materials used in their construction. While that has remained unchanged, today it is the technology metals and rare earths which make skyscrapers such technical marvels. Indium, for example increases the energy efficiency of the enormous glass facades. Modern LED lighting with semiconductors made of indium or gallium also save energy, but can illuminate entire buildings as demonstrated every evening by the Empire State Building. The tower lighting installed in 2012 is able to represent over 16 million shades of color. The motors driving many elevators contain permanent magnets made of rare earths such as neodymium and after all, the numerous high-rise buildings in the city would be almost inconceivable without elevators. The same applies to one of the city’s relatively new landmarks: the One World Trade Center (1 WTC). The building on the historically-significant site rises to a height of over 541 meters or 1,776 feet, a nod to the year in which the United States declared its independence from Great Britain. The journey to the 102nd floor takes less than one minute with the elevators reaching a speed of 37 kilometers per hour, making them the fastest in the Western Hemisphere. The 71 elevators in the 1 WTC – five of them express elevators – were constructed by the Essen-based company, Thyssenkrupp.

New challenges for the engineers

Wherever record speeds and heights are to be achieved, unanticipated challenges are likely to arise: Shortly before the handover of the elevator system in summer 2015, Thyssenkrupp subsidiary Elevator Memphis (today TK Elevator) identified a possible flaw. For the power supply and the transfer of sensor data, the elevator cabins are linked with a cable totaling 200 meters in length and 400 kilos in weight, attached half way up the shaft. When the cabin was on the lower floors, the cable slipped out of the guardrail. This could have caused it to catch in other parts when in operation and, in the worst case, become detached. The respective elevator would then have been stuck for quite some time. A solution had to be found as quickly as possible. This too came from within the Thyssen Group. Wilhelm Cassing from Thyssenkrupp Magnettechnik suggested using permanent magnets. They were to be installed to the right and left of the guardrail, holding the cable in position. Due to its strong magnetic properties, a neodymium-iron-boron alloy was chosen as the most suitable material. Permanent magnets made of neodymium are in use wherever space is at a premium, as in the motors for electric vehicles or in wind energy plants. Retro-fitting the system with the magnets was no problem. They were installed in the lower section of the elevators leading from the lobby to the upper floors of the skyscraper.

A journey though time on the way up

The elevators in the 1 WTC feature further technical innovations. Regardless of their destination, users are sent to the elevator which will take them most quickly to the desired floor. The LED lighting in the elevator cabins permits energy savings amounting to 78,000 kilowatt hours per year compared to halogen lamps, according to Thyssenkrupp. A further highlight awaits tourists taking the express elevators to the viewing floor: The walls of the cabin consist of LED screens showing an animated film on the history of Manhattan. The emergence of the world-famous New York skyline is also to be seen.