Indium: More Than a Beautiful Facade 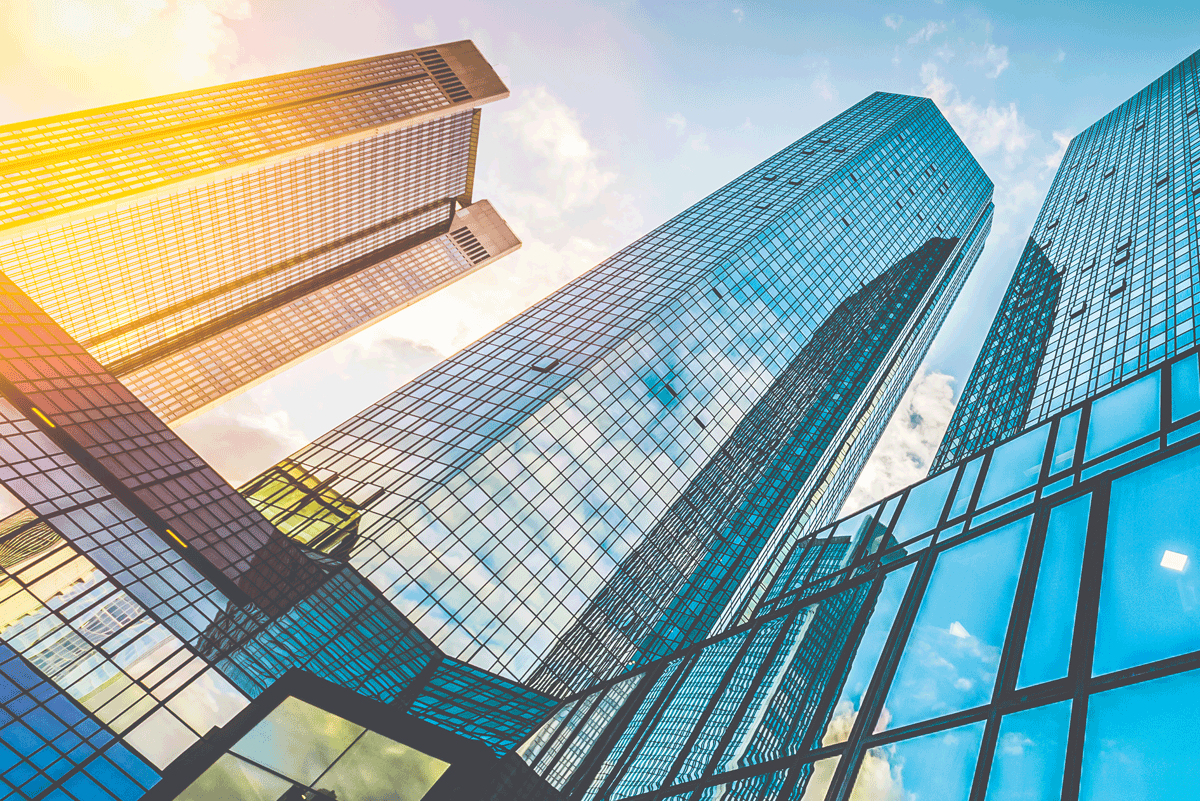 From energy guzzler to solar cell – the glass building front can look back on a turbulent history.

The Great Exhibition in London in 1851 was not only a major event for the capital of the British Empire. If we are to believe the British architect Norman Foster in an interview on dezeen.com, Crystal Palace, built to house the exhibition, represented the “dawn of modern architecture, […] and the soaring spans of transparency”. The revolutionary building measured 564 meters in length and 39 meters in width. Through the material used, Joseph Paxton’s design consisting of steel girders and glass sheets reflected the achievements of the Industrial Age, radiating modernity and a striving for progress.

From Scheerbart’s and Taut’s vibrant glass architecture and the reflective high-rise building fronts in major cities in the 20th century to cultural centers of the 21st century, such as Hamburg’s Elbphilharmonie designed by Herzog & de Meuron and Olafur Eliasson’s “Your Rainbow Panorama” walkway on the roof of the Aarhus Art Museum – glass remains definitive for the ideas of modern architecture. A number of fundamental facts make the material so popular: Glass has a high level of compressive strength, is corrosion resistant and recyclable, making it an environment-friendly building material. In the way glass facades are used today, one can detect not only ongoing creative dialogue with what in architecture is often perceived as monotonous, polished outer surfaces, as Thomas Schielke explains on archdaily.com.Glass too has moved with the times in a remarkable way.

Glass facades capture the sunlight. This is part of their metropolitan magic, making them popular motifs in photography and in time-lapse shots in documentaries and films. But it also means that glass building fronts have a key function with regard to the energy consumption of the building. Glass is a very poor insulator, letting heat escape in winter and causing the interior temperature to rise in summer. 2019, The Guardian proclaimed skyscrapers to be a crime against energy efficiency. In the same year, New York’s May, Bill de Blasio announced: “We are going to introduce legislation to ban the glass and steel skyscrapers that have contributed so much to global warming. They have no place in our city or on our Earth anymore.” A threat which, according to the New York Times, terrified the architecture scene and which ultimately was intended to usher in more stringent regulation rather than a prohibition of glass.

Therefore not only design innovations but also, and above all, advances in thermal insulation are called for to ensure a climate-compatible future for the glass facade. Indium takes on a central role in the classic high-rise facade. The silvery metal is used to absorb infrared rays thus preventing heat buildup. The result is the familiar mirror-like external appearance of many skyscrapers.

The performance of different glass coatings has been further enhanced in recent years. Electrochromic Smart Glass, generally coated with indium tin oxide, adapts flexibly to the prevailing light. In bright sunlight, the front can be darkened and overheating prevented; in the late afternoon the dwindling natural light can be effectively used through the transparent facade.

The ideal blend of art and environmental awareness is represented by Hamburg’s Elbphilharmonie. Major investment was made in the thermal insulation of the 21,800 square meter glass facade. “The glazing”, as glassonline.com reports, “consists of a low-e coating, an antiglare film, reflective chrome dots and a ceramic-screen printing layer”. According to Baunetzwissen, around 25 % of the heat blazing down on the building is reflected by the chrome dots alone. What makes the Elbphilharmonie so special is the fact that, in part, all the layers were heated to a temperature of 600 °C to create the water surface illusion typical for the structure through the curved glass elements.

Indium and the future of the glass building front

In processes based on absorption and reflection, all the energy is lost. Intensive research is currently being undertaken to allow glass architecture and energy neutrality to go hand in hand. To do so, it is necessary to transform the solar energy on the surface of buildings into useable electricity. One possible solution is presented by invisible solar cells in photovoltaic integrated into the building. In 2020, research at the University of Michigan showed that, as the latest generation of this technology, organic indium tin oxide solar cells, with 3.5 %, yield more light than conventional invisible solar cells, which achieve only 2 – 3 %.