Looking Into the Depths of Space 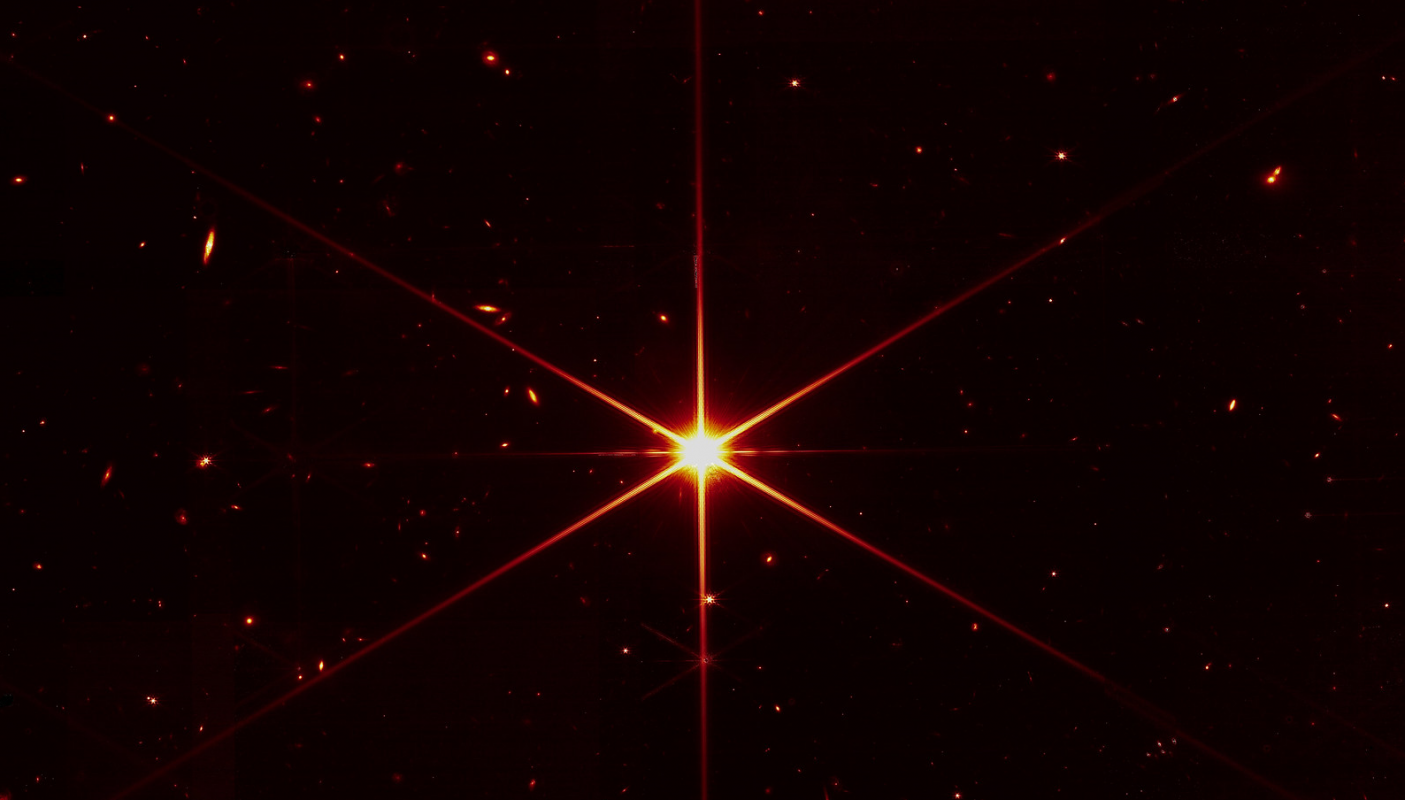 It launched its mission on Christmas Day, and now the James Webb Telescope is sending spectacular images from deep space.

A shining star surrounded by numerous galaxies: the image released by NASA this week is impressive. It comes from the James Webb Telescope (JWST), which began its journey into space late last year (we reported). Its mission: to provide new insights into how space came to be, from the Big Bang to the first galaxies to the evolution of our solar system.

The image of the celestial body with the designation 2MASS J17554042+6551277 proves that the JWST is rightly considered the most powerful telescope in the world. Because actually the star should be focused in the center to check the alignment. However, the telescope’s optics and infrared camera (NIRCam) are so sensitive that even the galaxies and stars in the background can be seen. Every optical parameter met or exceeded expectations, according to a NASA statement.

The JWST is considered the successor to the Hubble Telescope and is a joint project of NASA, ESA and Canada’s CSA. Its infrared detectors are capable of looking back 13.5 million years into the history of space. Among other things, they contain the technology metals indium and tellurium, the latter in the form of the alloy cadmium telluride, which is also used for thin-film solar cells.