Technology Metals for a Look Into the Cosmic Delivery Room 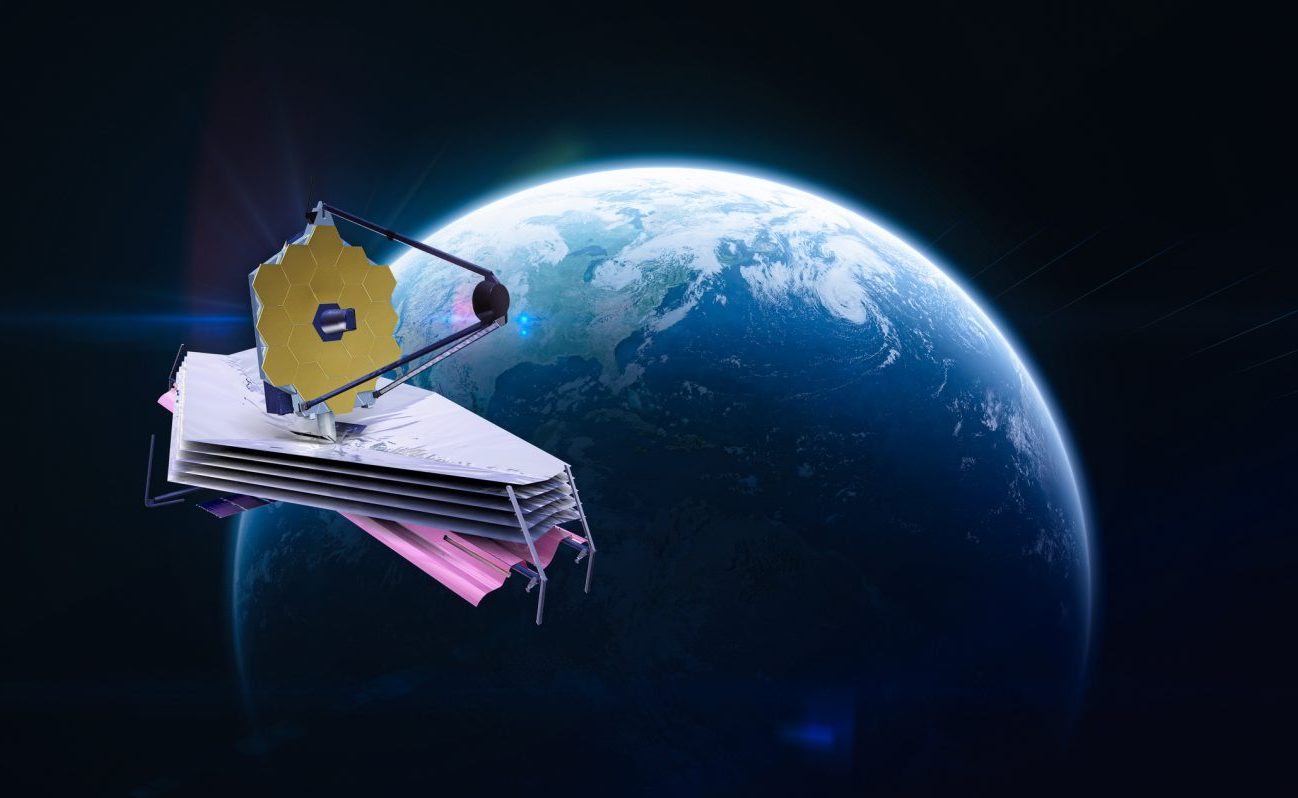 The James Webb Telescope is to provide deeper insights into the history of the formation of space. After numerous delays, the high-tech telescope set off on its mission at Christmas. Technology metals such as indium and tellurium played an important role in its construction.

Aboard an Ariane 5 rocket, the James Webb Telescope (JWST) began its long journey into deep space on Christmas Day. Considered the successor to the Hubble Telescope, the joint project of NASA, ESA and Canada’s CSA will reach its position and begin operations at the end of January; 1.5 million kilometers from Earth. Scientists hope to gain new insights into how the universe came into being, from the Big Bang to the first galaxies to the evolution of our solar system. The first concept for the new space telescope was developed as early as 1996, but construction and launch were repeatedly delayed. In the summer of 2011, the project almost fell victim to budget cuts that the U.S. Congress wanted to impose on NASA. Now, however, euphoria prevails over the new discoveries that are expected.

The JWST is an infrared telescope that can also be used to look through cosmic dust clouds, NASA writes on its website. Two different detectors are used, for the different ranges of the infrared spectrum.

Arsenic-doped silicon detectors (Si:As) cover the mid-infrared light with a wavelength of 5-28 μm and convert it into measurable electronic voltages. Via computer, the infrared data can be converted into visible images that are expected to be on par with those of its legendary predecessor. The near spectral range (0.6-5 μm) is observed by detectors made of mercury cadmium telluride (HgCdTe). Cadmium telluride, an alloy of the technology metal tellurium among others, is also used on Earth, such as in thin-film solar cells.

The detectors are assembled in a sandwich construction. The top layer is the absorber layer made of Si:As or HgCdTe. It absorbs incident light particles (photons) and converts them into voltage. Each pixel of the absorber layer is connected to the readout integrated circuit (ROIC) by a layer of the technology metal indium, which deforms under the influence of pressure and thus acts as a cold weld. This contains electronic circuits and forwards the received data for further processing.

Numerous other high-tech materials were essential to the construction of the new telescope. For example, the six-and-a-half-meter main mirror that directs light to the detectors is made of the light metal beryllium, which was coated with a layer of gold. In total, about 48 grams of gold were used, as business magazine Forbes has calculated.

Together, the 18 mirror segments weigh about 360 kilograms. The total weight of the telescope is 6,500 kilograms. With a length of almost 22 meters and a width of 12 meters, it is about the size of a tennis court. The main reason for this size is the solar shield, which is intended to protect the detectors from the effects of light and heat from the sun. The shield consists of five layers of Kapton plastic coated with aluminum and silicon.

It will be several months before the first cosmic images reach Earth. The optical equipment and scientific instruments will not be calibrated for use until six months after the launch. A dedicated website provides information about the current position, and NASA’s own YouTube channel also offers further information.