Journey to the Beginning of the Universe 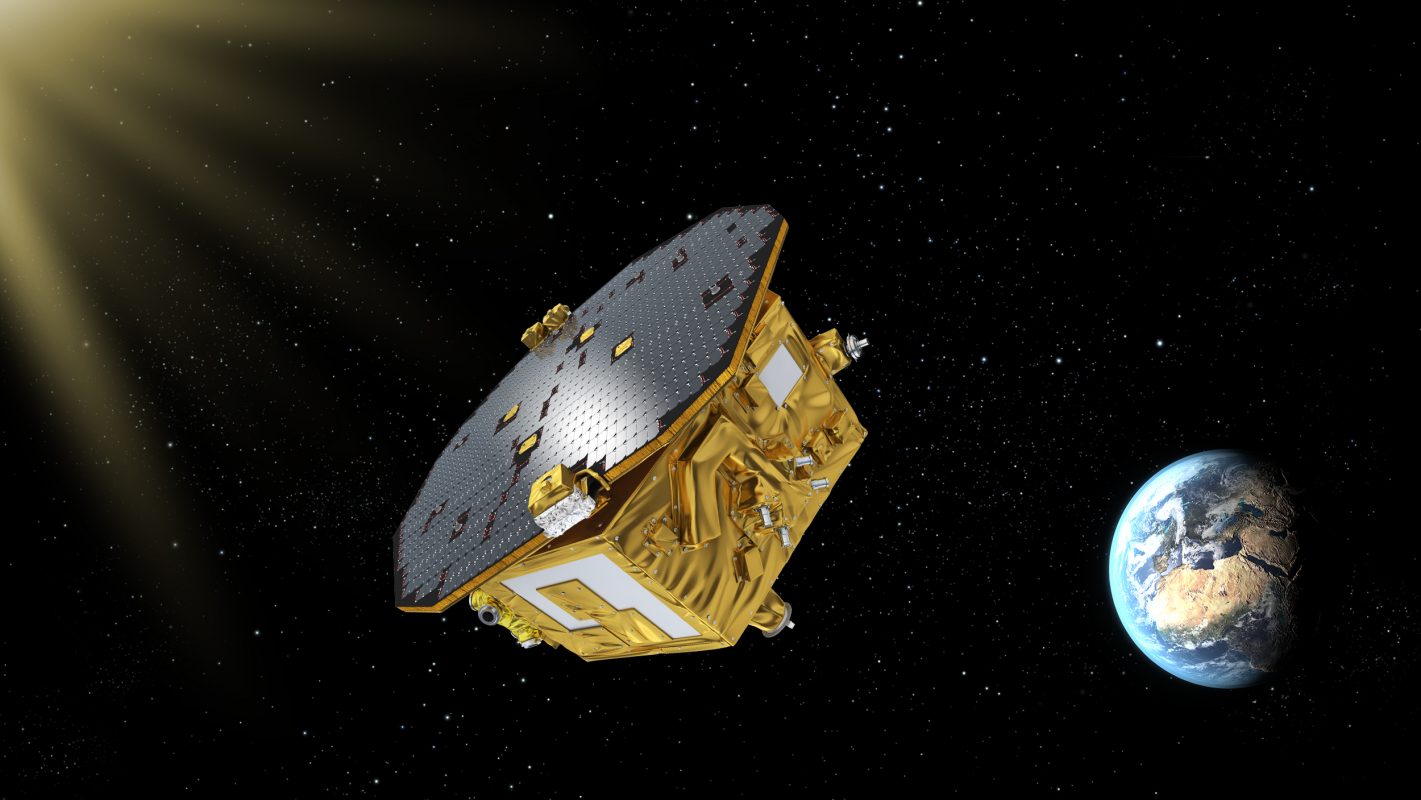 LISA will be the first space observatory for gravitational waves. Free-floating cubes made of gold and platinum play a central role in the development.

Albert Einstein predicted their existence as early as 1916: gravitational waves. Based on his theory of relativity, he concluded that there must be very minute distortions of four-dimensional space-time that travel through space at the speed of light. They are created during cosmic events that release enormous energies, for example when black holes merge or stars explode at the end of their lifetime.

Only 100 years after Einstein’s prediction could it be proven that the extremely difficult-to-detect waves actually exist. At the LIGO observatories in the USA, direct measurements of gravitational waves were made for the first time – a milestone in the history of astronomy. However, Earth-based systems are only suitable to a limited extent for further research into the phenomenon, because their measurement sensitivity and range are limited. In addition, the detectors on Earth are subject to seismic disturbances.

Back to the Big Bang?

The European Space Agency (ESA) therefore wants to send the first gravitational wave observatory into space in 2037. Free of earthly limitations and influences, Laser Interferometer Space Antenna (LISA) will search there for the tiny curvatures in space-time and also detect new, very low frequency ranges. Scientists hope this will enable them to look further back than ever before to the beginning of the universe. New insights into black holes, neutron stars, and perhaps even the Big Bang are the goal.

The project is supported by many ESA member states, NASA, as well as research institutions and industrial companies; just recently, the green light was given for the next development phase. LISA will consist of three satellites that will follow the Earth at a distance of about 50 million kilometers in their orbit around the sun. Between them, they span a laser triangle, each with a side length of 2.5 million kilometers. As soon as a gravitational wave passes through this constellation, the distances between the satellites change. But these shifts are minimal, on the scale of atoms. To detect them, a high-precision laser system continuously measures the distances between free-floating test masses inside the satellites.

With the help of two cubes made of gold and platinum, the key technologies of the future gravitational wave observatory LISA were successfully tested in space. (Photo: ESA/ATG medialab)

The LISA Pathfinder test mission demonstrated several years ago that the underlying measurement method works. At the end of 2015, the probe flew into space, carrying two identical cubes made of gold and platinum, each with an edge length of 45 millimeters and weighing just under two kilograms. The precious metals were chosen as materials because the test masses had to be non-magnetic, but needed a uniform density and good conductive surface, Dr. Martin Hewitson, one of the researchers involved at the Max Planck Institute for Gravitational Physics, tells futurezone. Gold and platinum are also good reflectors for the lasers.

Some 1.5 million kilometers from Earth, the holding mechanisms of the cubes were solved. Beyond the Earth’s gravitational field and largely shielded from external interference, the test masses then floated freely and almost motionless side by side at a distance of 38 centimeters. By means of laser interferometry, their positions relative to each other and to the satellite could be determined with extreme precision. The accuracy even exceeded the scientists’ expectations by far: The measurement system could even detect a virus that sits on one of the test masses and deflects it by its weight, Karsten Danzmann, director at the Albert Einstein Institute in Hanover, said vividly in an interview with Deutschlandfunk.

This highly successful demonstration of key technologies is paving the way for the development of large space observatories, the Max Planck Society writes. In the not-too-distant future, they could detect gravitational waves from many exotic objects in the universe – and open up an unprecedented view into space.

Read more about the use of precious and technology metals in space research.