DERA: Worldwide demand for mineral resources set to rise dramatically up to 2040 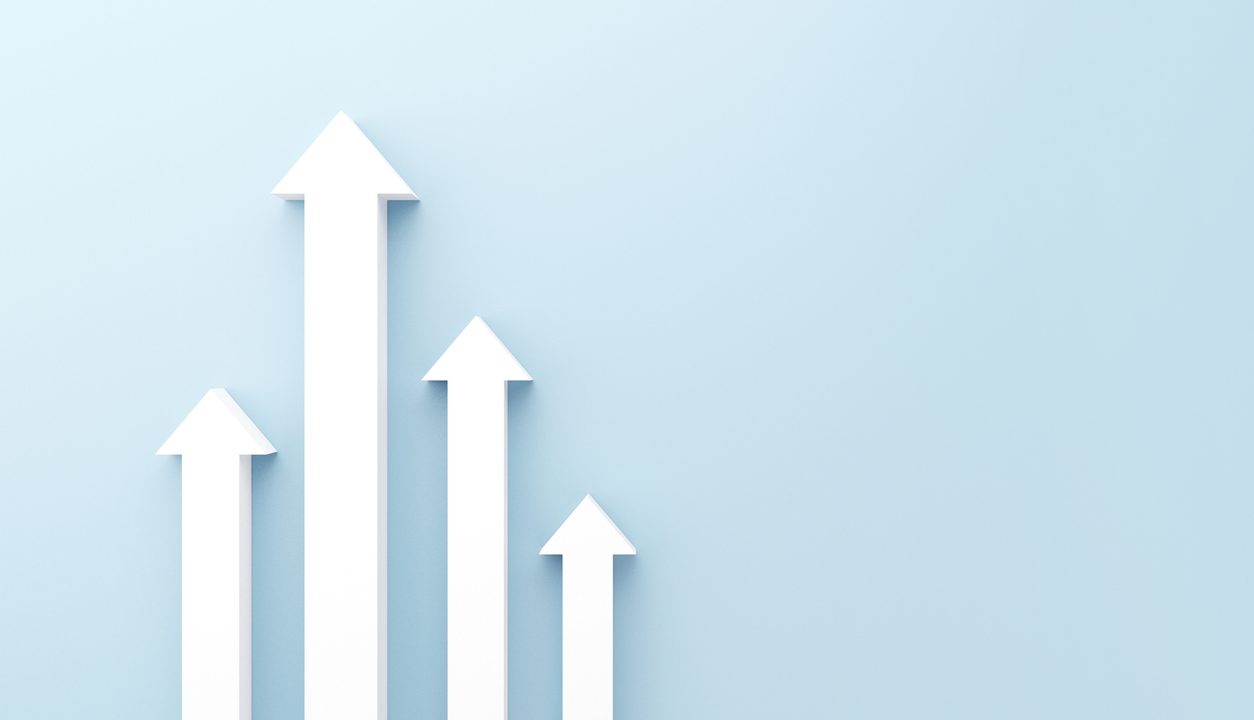 Ruthenium may well experience a genuine surge in demand up to 2040. The global need for this precious metal, used, among other things, for data processing centers, superalloys and synthetic fuels, may – according to the future scenario on which the study is based – rise up to nineteen-fold in the coming twenty years. Scandium too could be in significantly greater demand by then: up to eightfold.

The special feature of the study: It breaks down the future demand for raw materials not only according to five different primary uses (clusters), among them “mobility, aviation and space travel”, “digitalization and industry 4.0” and “energy technology and decarbonization”. On the basis of future scenarios, the study also shows how different pathways in global developments could specifically affect demand for individual raw materials. Given sustainability-oriented further global development, demand for ruthenium, for example, will rise according to the study by a multiple of only 2.4; with a fossil-oriented development, on the other hand, nineteen-fold. In the case of scandium, the scenarios show the opposite effect: A sustainability-oriented development will increase demand by a factor of 7.9, a fossil-oriented development by a factor of only 0.7.

The future scenarios on which the study is based originate from the Intergovernmental Panel on Climate Change. As far back as 2011, this body had begun developing what are known as Shared Socioeconomic Pathways (SSPs). The SSPs describe five different scenarios of how the global economy and society could develop in the coming 20 years – from sustainability-oriented (SSP1) to a continued fossil fuel-based scenario (SSP5).

Roughly speaking, the sustainability scenario (SSP1) assumes that “the world will shift gradually but pervasively towards a more sustainable path” and will “emphasize a more inclusive development that respects ecological boundaries”. In this scenario, future consumption will be oriented towards “low material growth and lower resource and energy intensity”.

At the other end of the SSP scale is the continued fossil fuel-based development path. In this scenario, the world will “place increasing faith in competitive markets, innovation and rapid technological progress”. The global markets are increasingly integrated while, at the same time, “the push for economic and social development is coupled with the exploitation of abundant fossil fuel resources and the adoption of resource and energy-intensive lifestyles around the world”. The assumptions of SPPs 2 to 4 lie between both extremes.

Scandium and lithium in demand in the sustainability-oriented world

It is therefore no surprise, to remain with the example of scandium, that the rare earth metal will be much more in demand in a sustainability-oriented world than in a fossil fuel-based scenario. After all, scandium is considered indispensible especially for emerging technologies such as energy generation from fuel cells. The same also applies for some other strategic metals: The demand for lithium, for instance, which is required, in particular, for high-performance e-mobility batteries, is expected to rise 5.9-fold in a sustainability-oriented world (in a fossil fuel-based world only 0.9 fold), the demand for iridium, an important raw material for sustainable energy generation by means of electrolyses 5-fold (fossil 0.3-fold).

In a fossil fuel-based world, on the other hand, researchers presume that – in addition to ruthenium – platinum will experience a significant increase in demand. Specifically, 4.3-fold (in the sustainability-oriented scenario only 0.3-fold). This may appear confusing at first glance, but it is soundly based. The Intergovernmental Panel on Climate Change is assuming that the fossil-fuel based development path will, at the same time, be the most digitally advanced. In other words: In the fossil fuel-based scenario, the use of digital technologies and products, as well as the resulting enormous quantities of data exchanged worldwide, will greatly increase demand for data processing centers and, in turn, demand for ruthenium and platinum.

Rare earths will be needed in both worlds

Among the technology metals, on the other hand, and among numerous rare earths, the forecast demand range between the various scenarios is far smaller. According to the study, many raw materials will experience almost equally-high levels of demand in both worlds. The demand for dysprosium and terbium, which the DERA groups together as HSE (heavy rare earths), will rise 5.5-fold (sustainability-driven scenario) or 6.4-fold (fossil). This is due to the fact that dysprosium and terbium are not only needed for traction motors in electro mobility and for wind energy plants but also for the production of semiconductors and in the nuclear industry. For the global production of electric traction engines for motor vehicles alone, it is anticipated that the required quantity of HSEs will rise to 34,000 metric tons (sustainability scenario) or just less than 32,000 metric tons (fossil). By comparison: in 2018 the figure lay at only 1,430 metric tons.

Also set to rise in both future scenarios is the demand for neodymium and praseodymium, grouped together by DERA as LSE (light rare earths). In addition to e-mobility and wind power, they are needed, among other things, in smart phone production. Demand is expected to rise 2.2-fold or from 500 metric tons to 5,140 metric tons (sustainability) or 7,680 (fossil).

Although expressed in dry figures, the study pursues very practical and specific objectives. DERA writes: “The study’s central objective is to identify relevant technology and resource fields, to motivate further work which, on the one hand, deals more intensively with the challenges of the individual technologies and resources and, on the other, prepares or develops specific measures.” In other words: Companies and producers dependent on the increasingly-sought-after resources can and must prepare in good time for future bottlenecks or initiate suitable steps to avoid them. Governments can and must introduce measures and rules to prepare their economies for the growing demand of future-relevant resources.

The authors of the DERA study specifically name four measures “to secure the supply of raw materials for the economy”:

The importance of securing the raw material supply was shown very clearly by the Covid pandemic. Huge supply bottlenecks lasting for months, for example in the area of semiconductors, put the automobile industry, as well as other branches, under enormous pressure. Hans-Dieter Pötsch, Chairman of the Supervisory Board of the VW Group, anticipates that the negative effects of the chip crisis will continue to be felt up to mid 2022. Ola Källenius, Chairman of the Board of Management of Mercedes-Benz, goes even further, not expecting the situation to ease before 2023.

And crises such as the Covid pandemic and the general increase in demand are not the only factors presenting a challenge for global resource management. Dependency on a handful of states in which the extraction and production of numerous future-relevant resources are concentrated, can present considerable difficulty for industrial countries. As far back as May, the International Energy Agency (IEA) therefore warned of growing dependency. When presenting a new study, Fatih Birol, IEA-chief, spoke of a “growing mismatch” between the ever more stringent climate targets and the availability of critical minerals and rare earths essential for the achieving of these targets (rawmaterials.net reported).

In Germany, the Federal Government published the second edition of its Raw Material Strategy in January 2020 (the first raw material strategy document dates back to the year 2010). The new edition states: “Without a secure supply of raw materials, Germany is in danger of losing its competitive edge in important emerging technologies such as electro mobility, digitalization and the energy turnaround. Because raw materials are the fundamentals of industrial value creation and thus have a huge influence on downstream economic areas.” The aim of the raw materials strategy is to support industry with a secure, responsible and sustainable raw material supply. In addition to grant aid for research and development projects in the area of raw materials processing, the 17 measures passed by the German government include the setting up of a “round table”, together with industry, with the aim of increasing the use of secondary mineral resources from recycling.

The most important countries in terms of extraction Whether measures of this kind will be enough to permit successful activity in the ever more hard-fought global resources market remains to be seen. Particularly as, time and again, developments on the world’s political stage play a major role in the occurrence of bottlenecks. In the case of rare earths, for example, this becomes particularly evident: Over 80 to 90 % of the worldwide demand for rare earths are extracted and produced in China. So if China – for whatever reasons – increases or throttles output, the effects are felt by industries around the globe. But global economies are not only focusing on China as a supplier. Other countries too are of considerable significance when it comes to future-relevant raw materials. At the beginning of the year, the German Agency for International Cooperation (GIZ) and the Federal Institute for Geosciences and Natural Resources (BGR) published an updated list for some core raw materials commissioned by the German Federal Ministry of Economics. According to this list, Chile is currently the largest country for copper extraction, presently supplying 28 % of the worldwide demand, the DR Congo with 72 % for cobalt, Australia with 63 % for lithium and 29 % for bauxite. South Africa supplies 31 % of global demand for manganese and Indonesia 26 % of the demand for nickel.