Sulfuric Acid Is Becoming Scarce: A Challenge Not Only for the Energy Transition 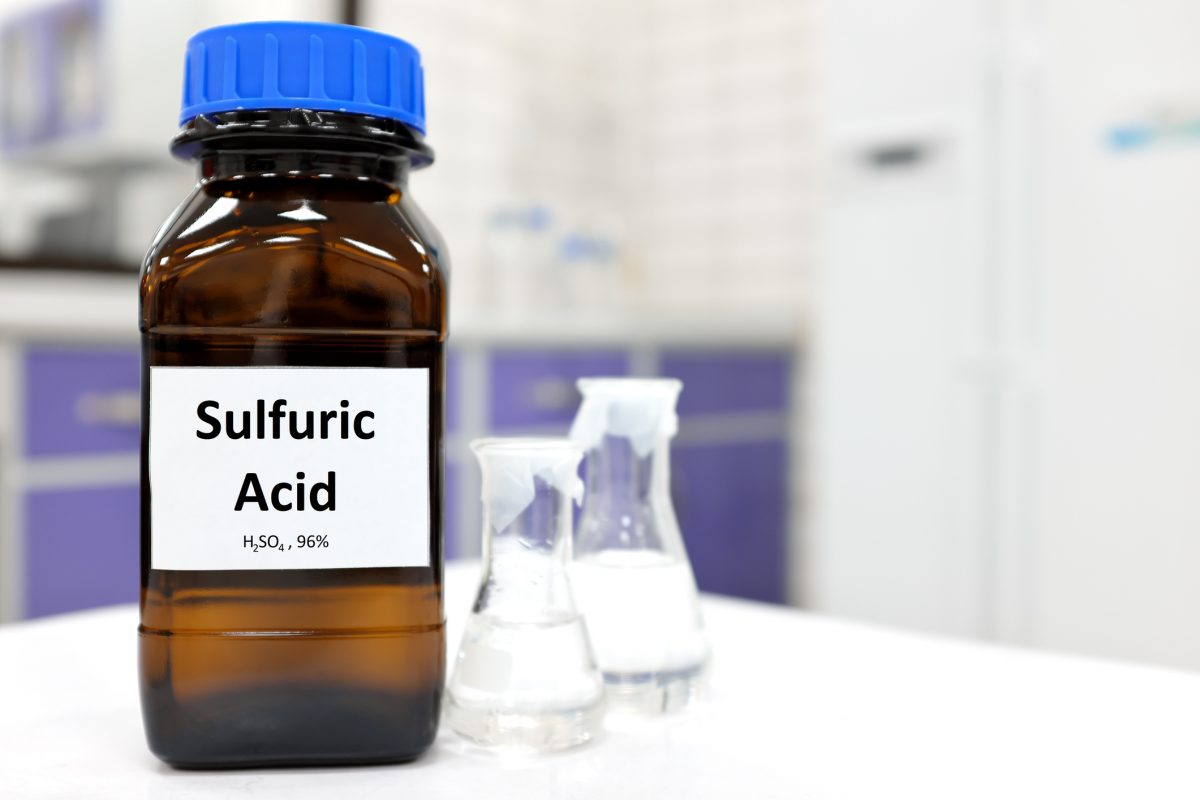 Production of the raw material will fall, but demand will rise significantly, according to a study.

Chip crisis, rising production costs due to high energy costs and on the horizon already the next challenge for the economy: too little sulfuric acid. The chemical compound is of great importance to many industries: from the production of fertilizers to the processing of metallic raw materials.

According to a study conducted by University College London and the Institute of British Geographers, increasing demand is now expected to be matched by a significant shortage in supply. The acid is mainly obtained during the desulfurization of fuels to reduce the amount of environmentally harmful sulfur dioxide produced when they are burned. Due to the increasing market share of electromobility and other measures to reduce climate-damaging emissions, fuel production will decline significantly in the foreseeable future, and with it sulfuric acid production, according to the researchers. But the acid is needed for the production of electric vehicles, of all things. In addition to extracting rare earths to manufacture the traction motors, it is also used in the processing of cobalt, which in turn is needed for the vehicle batteries.

It’s a perplexing situation because, according to researchers, sulfuric acid consumption will also increase in agriculture. Food production, especially in developing countries, and the transportation transition could then find themselves competing for this raw material, they fear. Increased mining of sulfur could provide a short-term remedy, but this would threaten massive environmental damage. New methods therefore urgently need to be researched and regulations developed to keep the impact as low as possible. The demand for sulfuric acid could also be reduced by recycling batteries, for example.

The complete study can be found here.