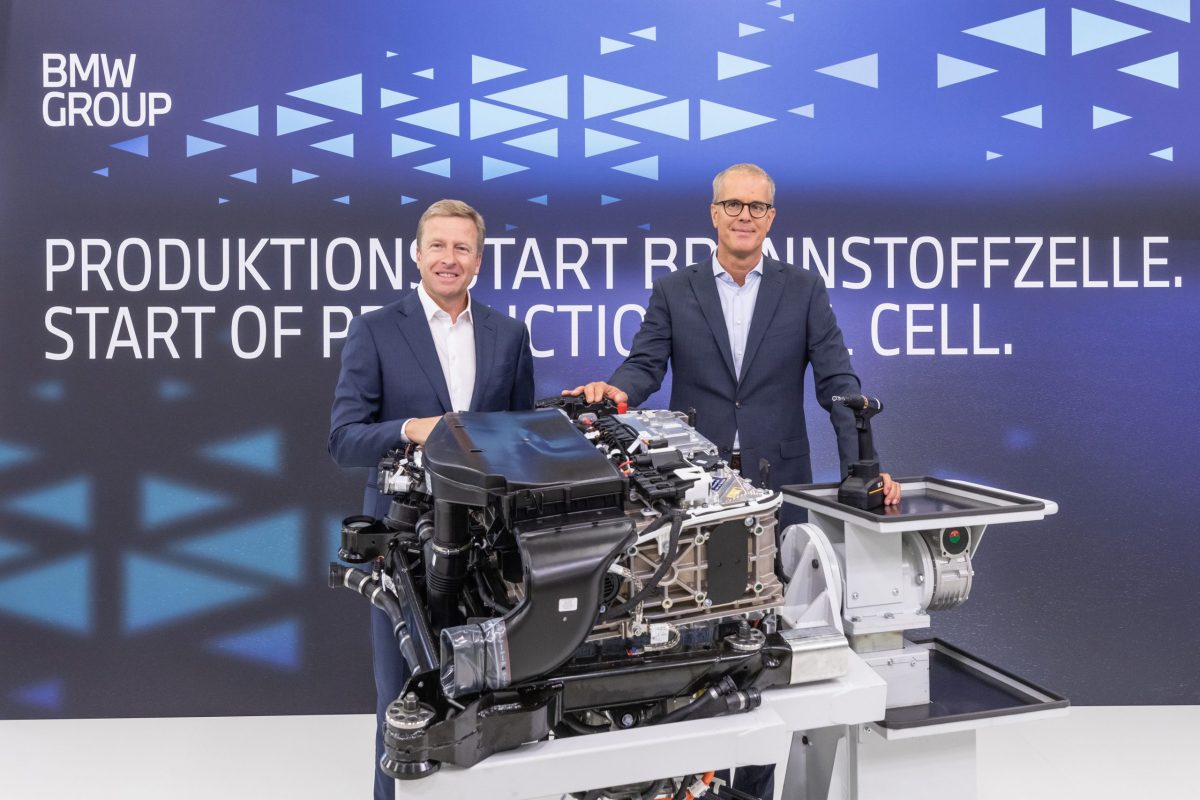 Small series of the iX5 Hydrogen model available for testing at the end of the year.

Automaker BMW on Wednesday started production of fuel cell systems at its in-house Hydrogen Competence Center in Munich. These will be employed in a small series of the BMW iX5 Hydrogen, which will be used for testing and demonstration purposes worldwide from the end of 2022, according to the company. BMW sees hydrogen-powered vehicles as an “ideal technology to complement battery-electric vehicles in a meaningful way and to complete electromobility,” according to CEO Oliver Zipse. The Munich-based group is a leader in the development of hydrogen technology and sees great potential for its next generation of vehicles, according to Chief Development Officer Frank Weber.

Also present at the opening of the production line were Bavarian Economics Minister Hubert Aiwanger and Minister President Dr. Markus Söder. In a press release, Aiwanger pointed to the advantages of the technology, which requires fewer critical battery raw materials and allows vehicles to be refueled quickly. At the same time, he called for more support from the federal government in expanding the infrastructure for hydrogen technology. Söder also sees the state as having a duty, saying that hydrogen networks are urgently needed in the south.

The number of hydrogen vehicles in Germany is currently still low, with only about 1,000 newly registered in the last ten years, according to the Federal Environment Agency.

Photo: BMW CEO Oliver Zipse and Member of the Board of Management for Development Frank Weber ©Copyright BMW AG, Munich