Problematicum and Plagiarism: Who Discovered Tellurium? 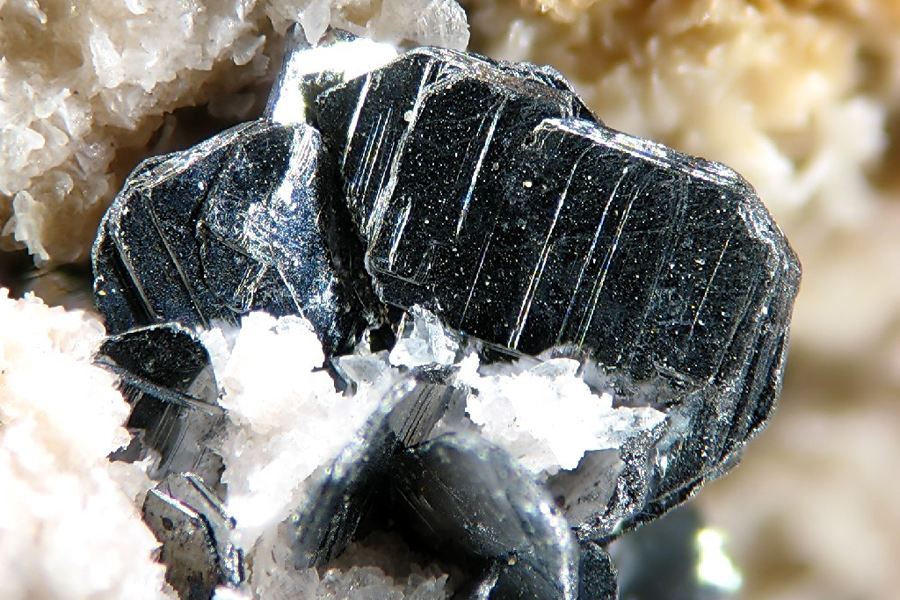 Accusations of plagiarism have been around for centuries. And the presentation of the then new element tellurium in 1798 in Berlin was overshadowed by a row about intellectual property.

When the German chemist Klaproth, discoverer of uranium, zirconium and cerium, announced the discovery of the element tellurium to the Academy of Sciences in Berlin on 25 January, 1798, he prompted great indignation among some scientists – because tellurium had already been discovered.

Timeline of a misunderstanding?

1781. The gold yield from the ore of the Mariahilf mine near what was then Siebenbürgen, known today as Transylvania, proved to be not as rich as anticipated. The chemist Anton von Ruprecht finally came to the conclusion that the gold had to be in a compound with pure antimony. He summarized his finding in a publication entitled “Ueber den siebenbürgischen gediegenen Spießglanzkönig und ein neues Nagyager Golderz”. (Transylvanian antinomy and the new Nagyag gold ore)”

1783. The type of metal contained in the gold ore was still a mystery. Accordingly, Müller von Reichenstein named it metallum problematicum, aurum problematicum or aurum paradoxum. The chemist sought advice from Torben Olof, a highly-respected Swedish mineralogist and chemist at the end of the 18th century. Bergman commenced on the analyses of the first samples before writing to request further samples. The delivery probably arrived too late to be of use to the Swede. Bergmann died in 1784, two months after dispatch of his letter to Müller von Reichenstein.

1785. Two years, four publications and many further experiments later, Müller von Reichenstein had still not succeeded in identifying the element or proving the existence of a new element. Research into metallum problematicum came to a standstill.

1797. Metallum problematicum was brought to the attention of the celebrated German chemist Martin Heinrich Klaproth by friends. He had Müller von Reichenstein send him samples of the ore from the Mariahilf mine. Klaproth now succeeded in isolating the unknown element. He confirmed Müller von Reichenstein’s conjecture that they were looking at a new element.

25 January, 1798. In a lecture to the Academy of Sciences in Berlin, Klaproth announced the finding of a new element. He named Müller von Reichenstein as the discoverer but claimed for himself the privilege of giving the new element a name. He chose tellurium after the Earth (lat. tellus). “To the end of filling the previous gap in chemical mineralogy,” as it says in the transcript of his lecture on the chemical examination of the Siebenbürgen gold ore of 1803, “I here present my experiments and experience with these precious ores, culminating in the discovery and confirmation of a new singular metal to which I give the name terrarium, borrowed from old Mother Earth.”

Klaproth’s announcement aroused astonishment and resentment in parts of the scientific world, ultimately leading to the first accusations of plagiarism in a series of Hungarian and German publications. What had happened?

As far back as 1789, the Hungarian chemist Paul Kitaibel discovered the existence of a previously unknown metalloid in the Hungarian mining town of Nagybörzsöny where it occurred in aqueous lead silver (wehrlite). On the advice of colleagues, he finally also examined metallum problematicum and discovered similarities between the metals detected in the samples. Kitaibel had sent the Austrian mineralogist Franz Joseph Estner a manuscript containing his findings in 1794. This was sent to and acknowledged by Klaproth in 1796.

Klaproth therefore came under suspicion of appropriating Kitaibel’s research which, after all, had been in his possession since 1796. The accusations led to a series of letters between the two scientists in which each was at pains to preserve both his own honor and that of his correspondent.

2 September, 1803 Klaproth to Kitaibel: “Only within the last few days have I seen the fourth issue for 1803 of Weiland’s New German Mercury, in which, to my greatest astonishment, I find myself accused, under the heading: “Further News of Hungary’s Most Recent Literature and Culture, of downright theft; in other words, of having robbed you of the discovery of tellurium!! You, my dear colleague, will understand that I can by no means allow this insult to my honor and staining of my reputation to pass unnoticed.”

Klaproth professed himself unable to recall the content of the chemical paper with Kitaibel’s records. “By my honor, and by all that an honest man holds sacred, I assure you that that paper did not have the slightest influence on my chemical experiment with tellurium.” He therefore requested a public denial from Kitaibel.

19 September, 1803 Kitaibel to Klaproth: Kitaibel had difficulty seeing what exactly he was supposed to deny, Klaproth having factually been aware of Kitaibel’s discovery. This was compounded by his disappointment at not having been named by the Academy of Sciences in Berlin five years previously.

“I rejoiced over this all the more because I had good reason to hope that, when you announced your investigation you would mention my work. When I came to Vienna in the following year, your discovery of tellurium was just being read, and Estner said that he was greatly surprised that you had made absolutely no mention of my report which had been communicated to you.“

But Kitaibel was willing to believe his colleague when he says that he had forgotten the content of Kitaibel’s paper and assured him: “You will always find me ready to do everything which your honor demands and mine permits, for I willingly believe you. That you forgot the contents of my paper, that you discovered tellurium without knowing anything about this, and that, although the premises are true and give cause for detrimental consequences, you were unjustly insulted.“

4 October, 1803 Klaproth to Kitaibel: The scientists continued in the same conciliatory tone. By his own admission, Klaproth hated scholastic feuds “like sin“. He also stressed that he had not claimed the discovery of tellurium for himself, but rather attributed it to Müller von Reichenstein: “But I must almost surmise that you have not seen my complete paper on tellurium. Otherwise you could not possibly retain the error that I have claimed the discovery. Nowhere have I said that: on the contrary, I have expressly and emphatically explained that the credit for the discovery belongs with Mr. Müller von Reichenstein. Can one more definitely observe the suum cuique? Now, since I have never claimed the discovery, it is now clear as day that I cannot have robbed anyone of this honor.”

Convinced of Klaproth’s integrity, Kitaibel published an explanation in October 1803, exonerating Klaproth from the accusation of plagiarism: “Further inferences have been made and conclusions drawn from the aforementioned circumstances that Mr. Klaproth borrowed from me the discovery of tellurium, which I hereby declare on the following grounds to be highly unjust and false: In the first place, Mr. Klaproth’s blameless character is a security that he, who had no need for such a despicable means of increasing his great deserts and his most widespread renown was incapable of any such action[…]“

Thus ended what was probably the most polite plagiarism dispute in history. Müller von Reichenstein has gone down in the history books as having discovered tellurium. But it could just as easily have been Paul Kitaibel.