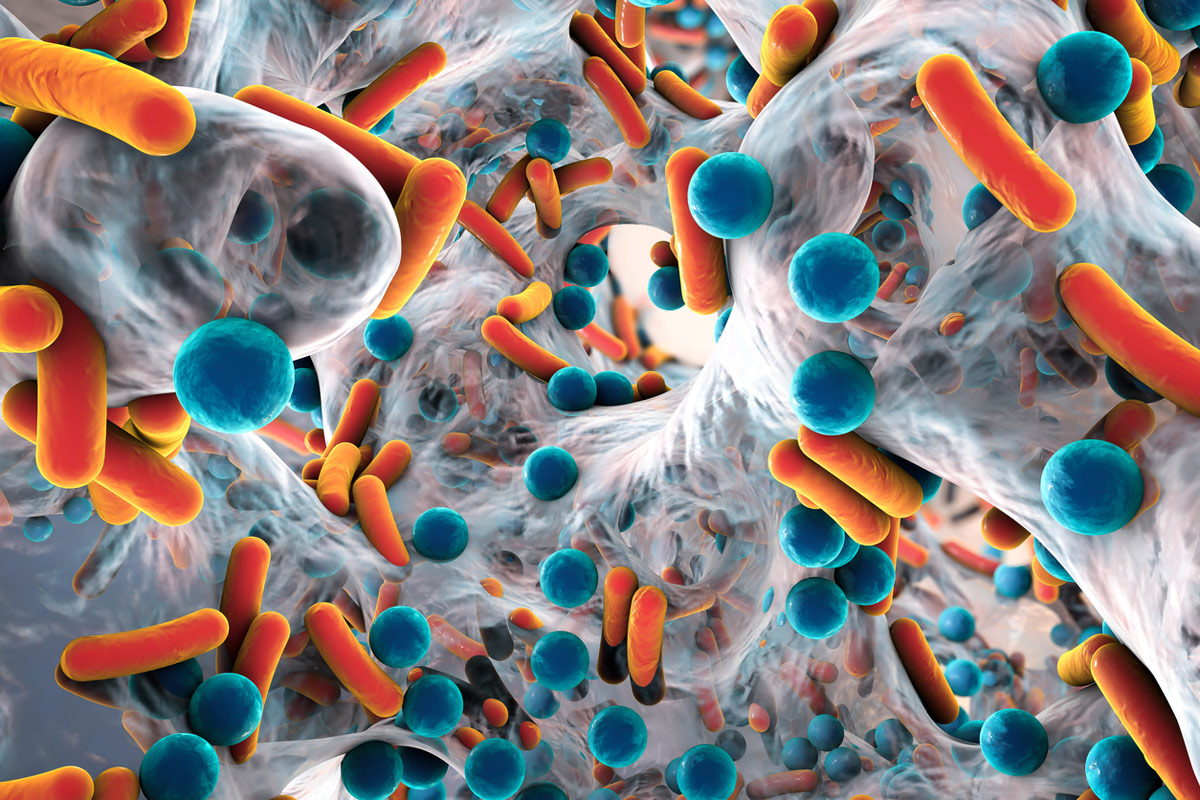 The increasing resistance of germs to antibiotics poses a threat to hospital patients. According to estimates by the Robert Koch Institute, 400,000 to 600,000 people in Germany contract so-called nosocomial infections in hospitals every year. 30,000 to 35,000 of these infections are caused by multi-resistant pathogens. One third of these are caused by methicillin-resistant Staphylococcus aureus (MRSA) bacteria. The bacteria become particularly dangerous when they form a biofilm. A layer of sugars and proteins then protects the pathogen from the immune system’s grasp and makes them less sensitive to antibiotics.
Orthopedic surgeons Zubin Zhou and Xiaowei Yu from Shanghai have now investigated how conventional antibiotics can still be effective when the structure of the bacterium is weakened. This should be achieved by using gallium. The technology metal prevents the bacterium from absorbing iron, which leads to a nutrient deficiency. It was already known from previous experiments that the use of different gallium-containing compounds (gallium protoporphyrin and gallium nitrate) was highly effective, presumably because the substances target different parts of the pathogen. In the new experiment, the observations were confirmed. Two days after treatment with gallium, the biofilm had significantly regressed, allowing it to be controlled with a fraction of the antibiotic dose normally required. The findings could be particularly helpful in treating prosthetic infections and osteomyelitis, Zhou and Yu write.