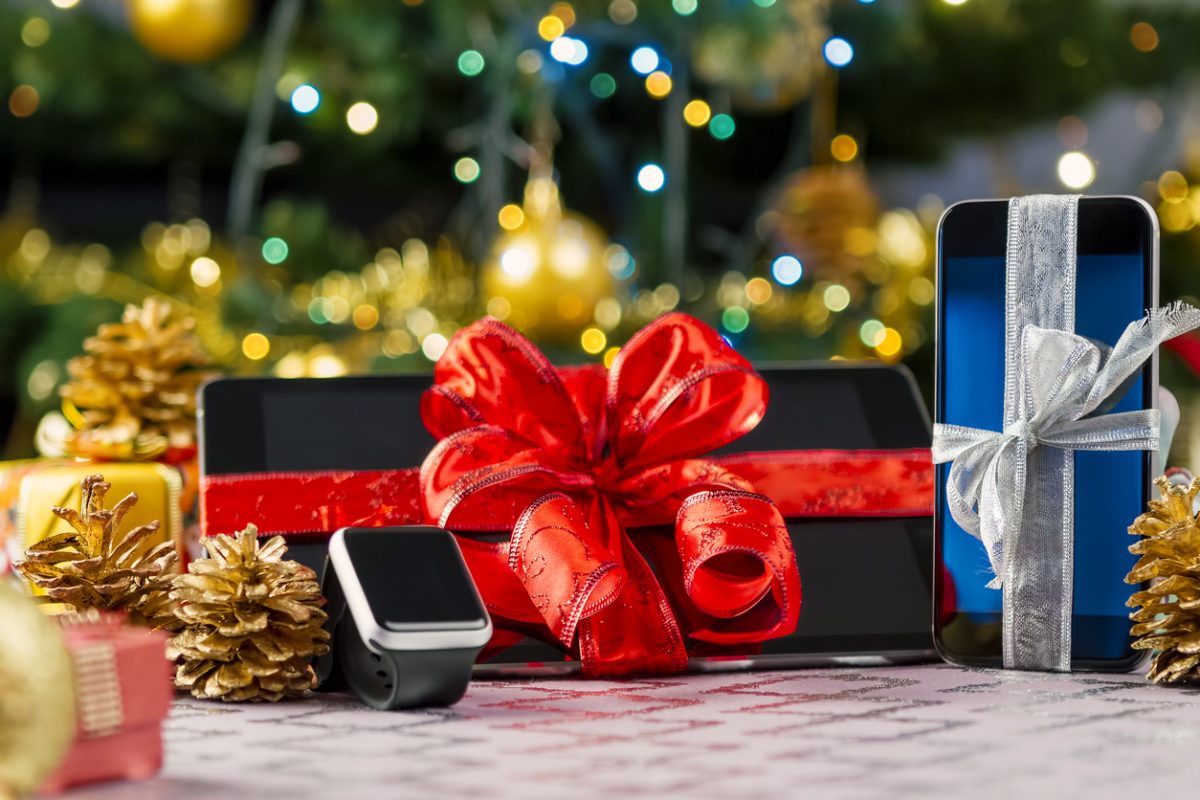 It’s not just cookies, Christmas carols and tinsel that play an important role on Christmas Eve. There are also many technology metals and rare earths around the Christmas tree.

325 euros – that’s how much German citizens want to spend on Christmas presents on average, according to a recent GfK survey. Among them will be many smartphones, headphones, tablets or game consoles: 20 percent of the most popular gifts under the Christmas tree are technical devices, knows the German Trade Association. In addition, some of the merchandise vouchers – top Christmas gifts – will be redeemed for entertainment or consumer electronics. No surprise then that this industry makes almost a quarter of its annual sales in November and December. However, hardly any of the numerous gadgets given away would work without technology metals and rare earths.

Almost modern classics under the Christmas tree: cell phones and tablets. Touchscreens have revolutionized their operation, making buttons (almost) superfluous. This is made possible by indium tin oxide, an almost transparent, translucent material with high conductivity. As a wafer-thin coating under the glass display, it registers the tiniest electrical impulses from fingers or stylus and thus controls the display.

Anyone with the Playstation 5 on their wish list may have to wait until well after Christmas. Due to the global chip shortage, Sony’s latest game console has been as scarce as it is coveted for months (we reported). Technology metals play an important role in its operation: To protect the processor from overheating at high computing power, a liquid thermal compound made of gallium, indium and tin is used for the first time. Sony explains how it works in a video (from approx. 5:45). Gallium is also found in many other gadgets. Chargers with gallium nitride, for example, impress with their handy size and charge batteries very quickly.

Remote-controlled cars make children’s eyes light up, and many adults also enjoy them as Christmas presents. Strong permanent magnets made of neodymium make the small electric motors run. In model making, they can help keep vehicles such as model trains or racing cars on track. They can even be used in dolls or stuffed animals, for example to make limbs move. The rare earth metal is also in demand for sound reproduction in loudspeakers and headphones. Here, neodymium magnets score with high magnetic performance at comparatively low weight.

It is probably the epitome of Christmas spirit: atmospheric lighting. The trend is clearly toward LEDs. According to this year’s survey by Statista, 77% of respondents use light-emitting diodes for their Christmas indoor and outdoor lighting. Gallium and indium are indispensable for LED fairy lights and stars to shine. Depending on the desired color, raw material combinations such as gallium arsenide phosphide (red), aluminum gallium indium phosphide (green) and indium gallium nitride (blue) are used. In this way, the entire color spectrum can be displayed.

Those who use the technology at home save 90% electricity compared with conventional incandescent lamps. In addition to their energy efficiency, LEDs score points for their significantly longer service life: according to the manufacturer, they shine for 15,000 to 50,000 hours, which corresponds to 15 to 45 years. These advantages are not only convincing private users: more and more municipalities are converting their public Christmas lighting to LEDs.

Many of the raw materials and products mentioned come from the Far East. For example, 90 percent of the world’s rare earth production is dominated by China, which is also a manufacturing country for countless electronic items. Once again since the outbreak of the corona pandemic, the pre-Christmas season shows how fragile the long global supply chains ultimately are. Shortages of raw materials, chip crises, lack of freight containers and the like mean that prices for numerous Christmas gifts and decorative items are either steeply inflated or have to wait for months. For those who don’t have gifts yet, perhaps a gift certificate would be an alternative this year.