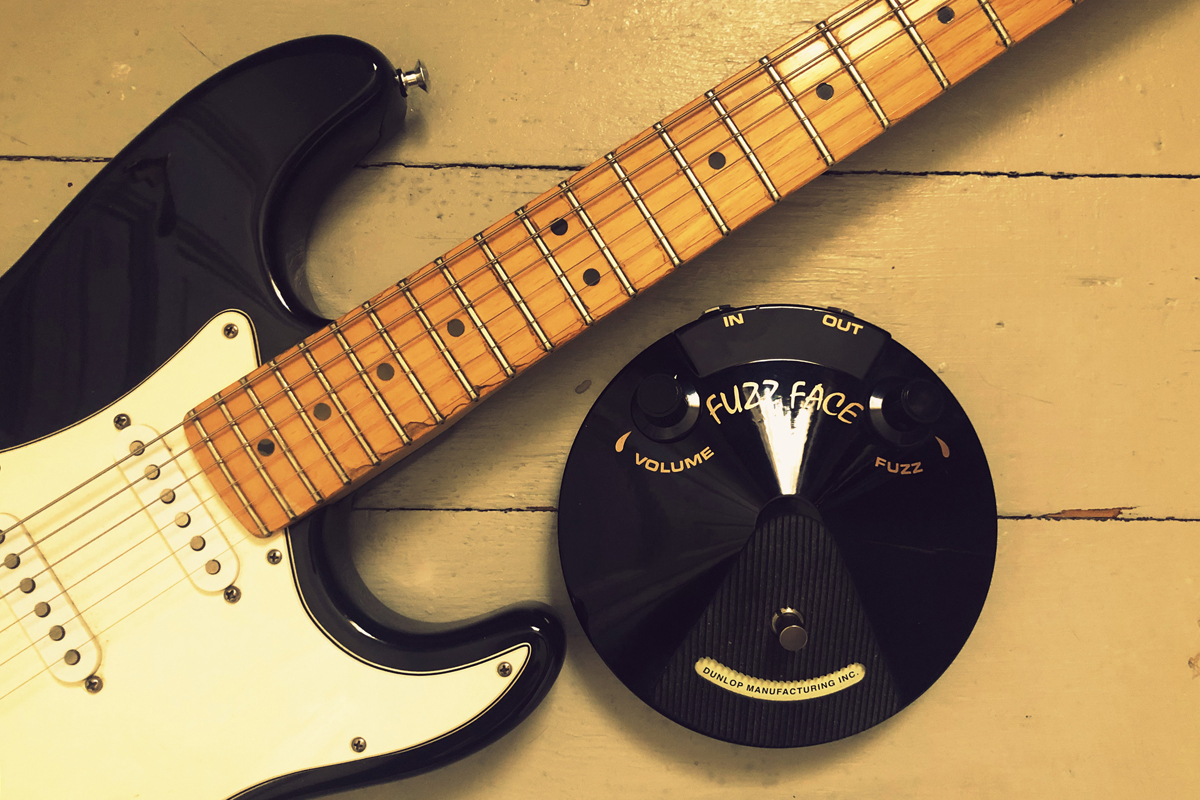 What would rock music be without the sound of loud and distorted guitars? Significantly less interesting, at any rate. But how are these sounds – many of them as legendary as the guitar riff in the Rolling Stones’ “(I can’t get no) satisfaction” – actually created? And what has the element germanium to do with it?

The first loudspeakers and amplifiers for electric guitars came nowhere near either the sound or volume of today’s equipment which can produce many hundreds of watts of music power. Turning the volume up to a maximum or other incorrect treatment results in a drastic change of tone; it begins to snarl. But in doing so, it also gives rise to harmonious overtones, which, with creative application, permit new acoustic colors. Even as far back as the 40s, some musicians were using these, intentionally integrating the distortion into their songs.

The more accidental discovery of a way of achieving a different type of distorted tones was made in 1961 by the American studio master Grady Martin. During the recording of “Don’t Worry” by Marty Robbins, he accidently used a faulty channel in the mixing desk. The resulting sound was strongly compressed and slightly sawing, but made it onto the disc. In the same year, Martin recorded the instrumental song “The Fuzz” using the same faulty amplifier. The title, drawn from the word “fuzzy”, described the effect very well. The sound was subsequently imitated by other bands.

On the other side of the Atlantic, Dave Davies, guitarist with the English band The Kinks, destroyed his guitar speaker with shaving blades to make the sound more brachial. This is easy to hear, for example, in “You Really Got Me”. This was 1964 and no longer really necessary; by that time the manufacturer Gibson had already seen the writing on the wall and incorporated the “fuzz effect” into a floor pedal. The Maestro Fuzz was developed by Glenn Snoddy, the sound engineer responsible for the recording of “Don’t Worry”.

“Maestro Fuzz” featured a number of transistors made of germanium, a rare technology metal first detected in 1886. The first transistors in the device increase the volume of the input signal to such an extent that it can no longer be processed by the second transistor. The signal is partially clipped. This overmodulation creates overtones which, together with the remaining input signal, produce the desired sound.

Vintage, but fit for the future

Commercial success was slow to come to Gibson’s effect unit. It was only really made popular in 1965 by the Rolling Stones – with the famous guitar riff from “(I Can’t Get No) Satisfaction”. But if it had been up to songwriter Keith Richards, the song would have sounded quite different. For him, the sound of the Maestro Fuzz was a placeholder when the song was being recorded in the RCA Studios in Hollywood. Richards wanted to re-record “Satisfaction” at a later date, replacing the distorted guitar sound with a brass section. In the end, Richards was outvoted and the song released as a single. The rest is history.

Other manufacturers too tried their hand at effect pedals, also relying on germanium transistors. A famous and infamous example was the so-called “Fuzz Face“ from the British company Dallas Arbiter. The pedal with the friendly grin was applied with virtuosity by Jimi Hendrix. The lack of standardization resulted in the sound properties of the components changing during use, for example due to the effect of heat. Hendrix therefore always kept a whole battery of these floor pedals within reach.

At the end of the 60s, geranium was replaced by silicon transistors; they were less sensitive and their sound remained constant. Even so, germanium pedals are experiencing a revival today among bands inspired by the vintage sound of the 60 and 70s.

Germanium’s importance in the history of Rock ‘N’ Roll is equaled today by its significance in future technologies. Germanium coatings can increase the efficiency and service life of solar cells. It serves as a carrier material for solar modules made of gallium arsenide. Germanium is also used in optic applications and in the production of light conductors such as fiber optic cables. In an increasingly interconnected world in which ways are being sought to reduce greenhouse gases, it can safely be assumed that the demand for this technology metal will continue to rise.

Note: Link on YouTube to the evidently official channels of the rights holder.