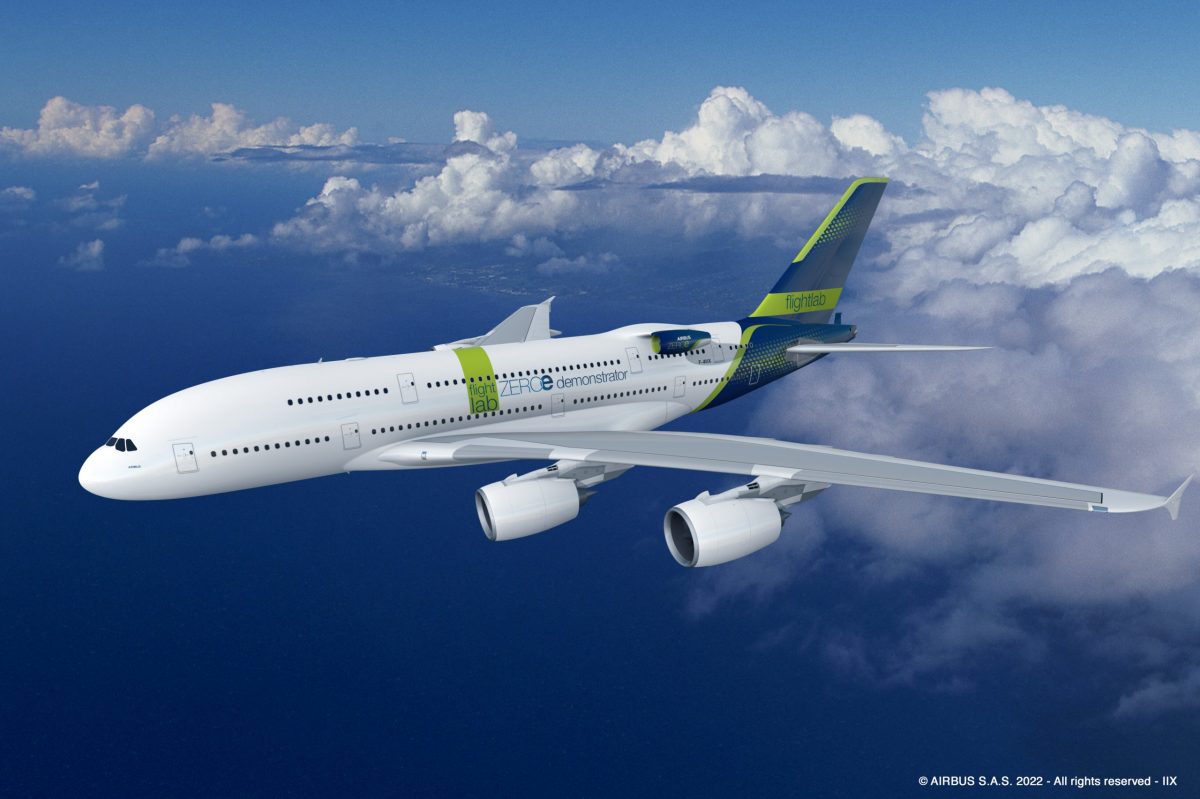 Long-haul A380 aircraft to be converted into test platform.

Air travel, especially short-haul, is repeatedly criticized for the high amount of CO2 emissions it produces; since 2020, the term “flight shame” has even been in the Duden dictionary. However, technologies to make air travel more environmentally friendly are already under development and could soon become the norm. This includes the use of hydrogen. The European aircraft manufacturer Airbus now wants to test the suitability of the gas on a large scale and has agreed to cooperate with the engine consortium CFM International to this end.

A wide-body A380 aircraft equipped with liquid hydrogen tanks will serve as the basis for ground and air tests with a direct combustion engine powered by hydrogen. The hydrogen-powered test engine, a modified turbofan engine otherwise used in business jets, is mounted on the left side of the aircraft on the upper deck. This position allows its behavior in flight to be optimally observed without interference from the conventional engines.
The modified aircraft is expected to be ready for takeoff by the middle of the decade, paving the way for the planned entry into service of a zero-emission Airbus aircraft in 2035.