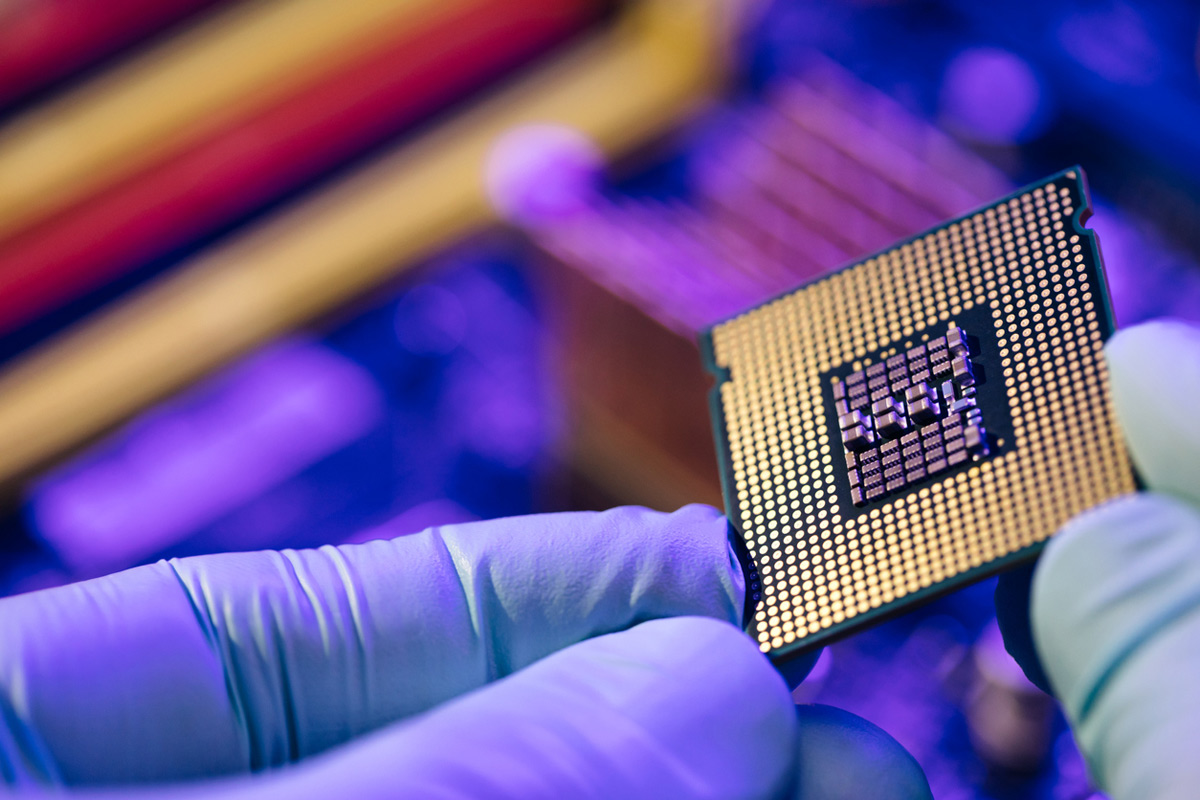 For Taiwan, the production of semiconductor chips is of more than just economic significance. In geopolitical terms too, the branch is important for strengthening the country’s position vis-a-vis China. There is even talk about a silicon shield protecting the island.

A turnover loss of 210 billion dollars is what the shortage of computer chips is going to mean for the automobile branch as reported by the station CNBC quoting figures from the consultancy company AlixPartners at the end of September. The components which, for the most part, consist of silicon semiconductors control numerous functions in the vehicles. In addition, their number is growing constantly: Autonomous driving, e-mobility and interconnectedness require ever-greater computing power. The same applies for computers or cellphones.

The highest-performance chips originate in Asia, as announced by the Boston Consulting Group in a study. In this area, Taiwan, with 92 %, accounts for a significantly greater market share than South Korea, which can claim the remaining 8 %. In Taiwan, the major company in the branch is Taiwan Semiconductor Manufacturing Co (TSMC), a contract manufacturer which looks after production for chip developers such as AMD, Qualcomm or NVIDIA. These companies do not have their own foundries, as the chip factories are called.

The branch in which TSMC operates is of outstanding significance for Taiwan, contributing 15 % to the island state’s gross national product. The technological expertise built up over decades was considered the ace up the sleeve in confronting the ambitions of China to reunite both countries. If military conflict were to develop from this situation, and chip production be disrupted, the effects would be felt around the world, wrote the journalist Craig Addison in 2000 in the New York Times. For the US, which is dependent on the production, this would be a valid reason for intervention, according to Addison, who minted the term the “silicon shield” protecting Taiwan.

That Taiwan has grounds to be uneasy was demonstrated recently: Chinese military planes repeatedly invaded Taiwan’s airspace. Further provocation took the form of beach-landing exercises conducted in a province located opposite Taiwan. The situation is tenser than it has been in the last 40 years as reported by Reuters News Agency, citing Taiwan’s Minister for Defense Chiu Kuo-cheng.

China meets its chip requirements primarily through imports; in June alone, chips to the value of US$ 38 billion were purchased, as reported by the South China Morning Post. The components are therefore the country’s most important import, even far ahead of crude oil. Consequently, it can come as no surprise that China is anxious to develop its own semiconductor industry. In 2015, the project intended to make production in the People’s Republic more progressive was outlined as “Made in China 2025”.

But there seems to be a long way to go with development at China’s major chip company Semiconductor Manufacturing International Corporation (SMIC) currently lagging behind TSMC by five to six years, according to estimates from Bloomberg. In an effort to make up for this deficit, China regularly tries to headhunt chip experts from Taiwan. At the end of April, the government in Taipei reacted with a general ban on advertising vacancies in China. Chinese companies are also banned from engaging in activities in certain areas of the Taiwanese economy, including the semiconductor sector. Here too, infringements have been evident in the past, as reported by the Financial Times.

Endeavors to take over development and production are also underway in the US and Europe. In this context, the EU Commission has announced a “European Chips Act”. The working program has not yet been officially presented but the Handelsblatt cited from the document in its possession a few days ago. It plans the reduction of dependency and increased investment in innovation. Although not yet published, and with the entry into force in the third quarter of 2022 still on the far horizon, the plan has already brought out the critics. Decoupling Europe from the international supply chains would be a mistake, according to a statement published on the website of the Dutch government. European interests would be better served by an open ecosystem which attracts investment, accelerates innovation and creates market value.

In any case, the hope of single-handedly catching up with TSMC appears barely realistic given that China too has been supporting the development with state funding for years and has not yet succeeded in closing the gap to Taiwan. According to TSMC, a modern foundry costs around 20 billion dollars.

Last but not least, supply of the resources required for chip production needs to be clarified and secured. The most important materials – silicon and germanium – originate predominantly in China, as shown by data from the U.S. Geographical Survey. So Asia is unlikely to become irrelevant any time soon.