Thanks to LEDs: Fresh Vegetables Grow Underground in Seoul 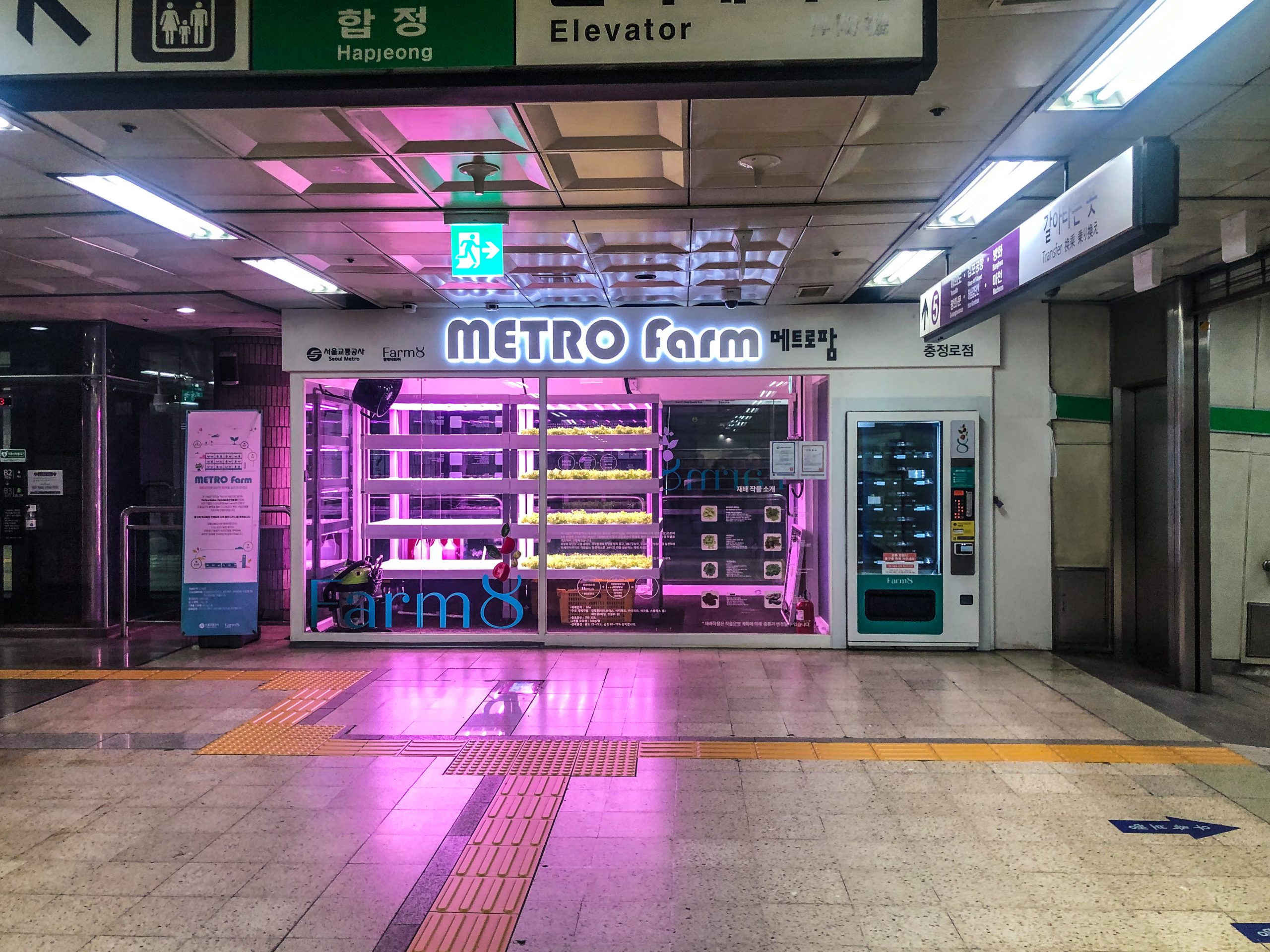 Indoor farms could contribute to the supply of food in the metropolis.

Seoul’s subway system is one of the busiest in the world. Countless people rush through the seemingly endless stations during rush hour, lined with shopping arcades, restaurants and lots of colorful advertising. Some stops, however, have a special feature: Greenhouses. Many meters below ground, lettuces and other vegetables are grown here. Without any soil at all, but rather in hydroponic growing trays and supplied by a liquid nutrient solution.

These indoor farms were built by the start-up Farm8, which has developed its own lighting system. Instead of conventional lamps, light-emitting diodes (LEDs) are used. LEDs, which are usually made of gallium compounds, can be used to reproduce the entire visible light spectrum and create optimal conditions for plant growth. The daily harvest at the Sangdo metro station is said to be up to 40 kilos. There, Farm8 also operates a café where vegetables are processed into smoothies or salads. At three other locations, locally grown produce can be purchased from vending machines. Since the farms are shielded from the outside, the use of herbicides and pesticides can be dispensed with. Extensive automation also means that only a small number of personnel are needed to operate the facilities.

Lettuce growing without soil and sun.

With the United Nations estimating that around 60 percent of humanity will live in cities by 2030, projects like Farm8’s could make a valuable contribution to supplying the population with fresh food. The network operator Seoul Metro and the administration of the megacity, which are cooperating with the start-up, also have the opportunity to use and upgrade previously unused areas of the widely ramified underground stations.