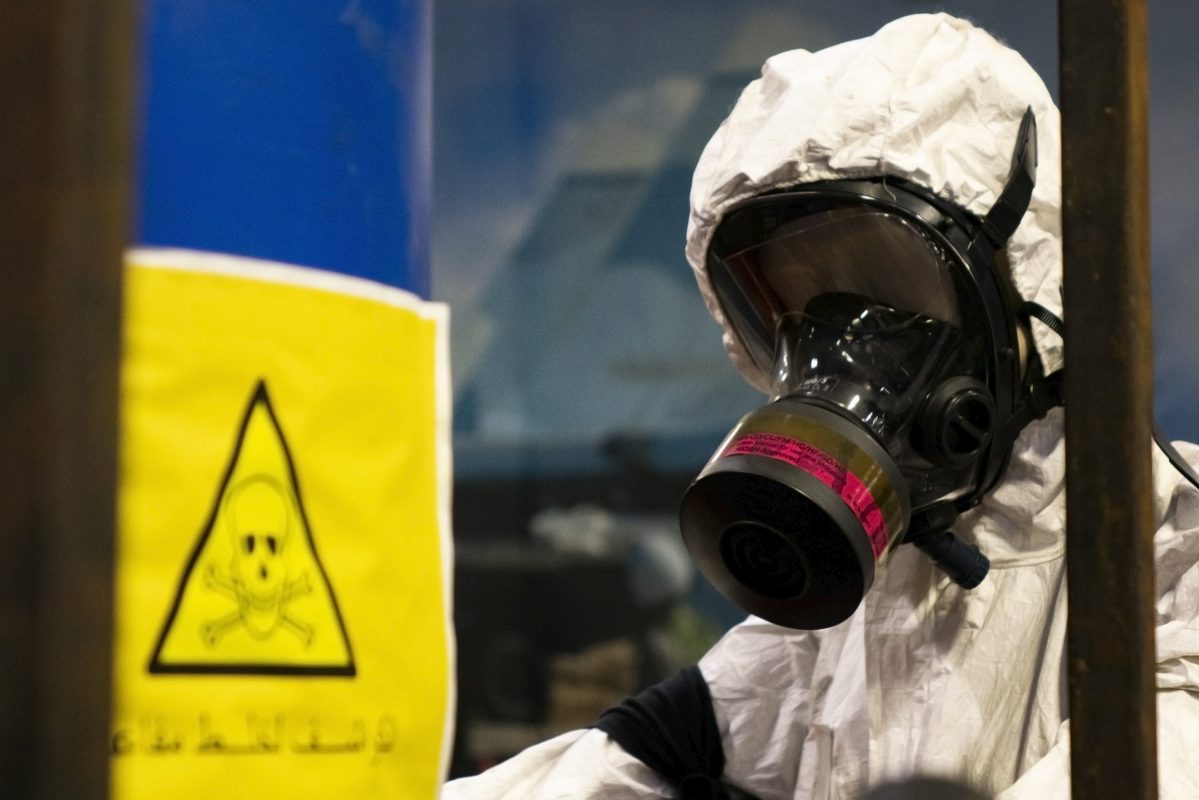 The arms industry is one of the many areas in which rare earths are used: for example, in engines, lasers, radar or missile guidance systems. However, research at Concordia University in Canada shows that these raw materials can also achieve the opposite and contribute to disarmament. A compound containing rare earths has been developed there that can neutralize chemical weapons in a matter of minutes when exposed to ultraviolet light. The research group led by PhD student Victor Quezada-Novoa and head of research Ashlee Howarth published their findings in the journal Chemistry of Materials.

The research is based on the substance class of so-called MOFs (metal-organic frameworks): artificially created networks consisting of metal ions or metal clusters, bound together by organic molecules, the “linkers”. The open-faced, highly porous structure is ideal for storing and absorbing gas. Through chemical reactions, MOFs can even render toxic substances harmless, making them an ideal tool for neutralizing poisonous gases. Research into possible military applications of MOFs has therefore been going on for some time.

The Concordia research team has developed a material for this very purpose which they claim is different from all previous MOFs. It contains rare earth molecules held together by pyrene-based linkers that generate an exceptionally reactive oxygen species under UV light. This is capable of destroying mustard gas, Quezada-Novoa explains. The compound, named RE-CU-10 (RE for “Rare Earths” and CU for “Concordia University”), contains the rare earth metals yttrium and terbium.

The highly corrosive, highly toxic warfare agent mustard gas, actually bisulfide, was most notoriously used in the First World War. The chemical weapon is still stored and used today. In the laboratory, RE-CU-10 proved highly effective in decomposing 23 milliliters of mustard gas simulant. The substances were filled into a glass vial with methanol and then exposed to UV light. After only three and a half minutes, half of the mustard gas simulant was neutralized and after 15 minutes 100% neutralization had been achieved.

Quezada-Novoa, Howarth, and their fellow researchers now hope to be able to test their MOF in a military laboratory setting one day. A desirable goal, given the fact that large quantities of mustard gas still exist worldwide today.