Indium: The Secret Star of Photovoltaics 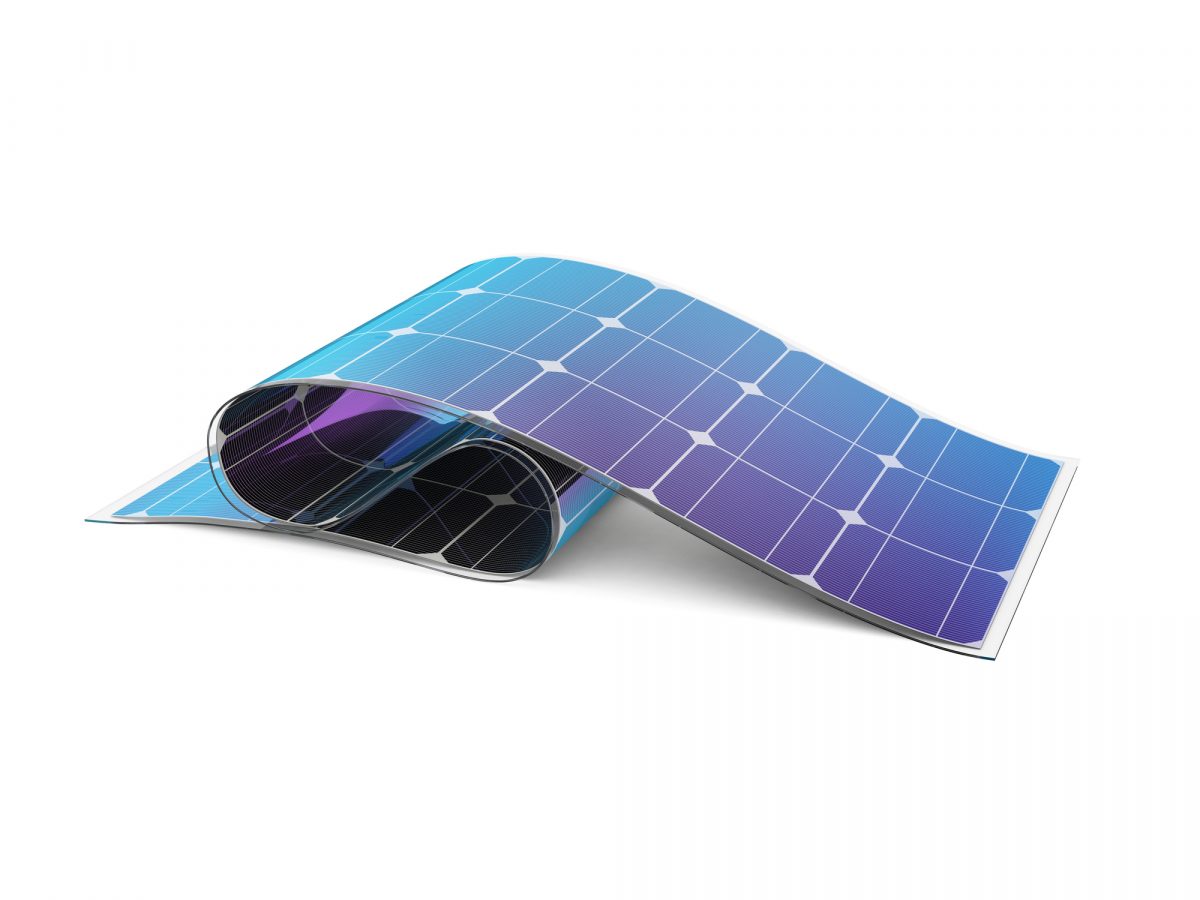 Solar modules are becoming increasingly efficient – also thanks to the technology metal indium. With the expansion of renewable energies, demand is rising.

Whether watching TV, surfing the Internet or texting on a smartphone, indium surrounds us every day. Flat screens and touchscreens would not work without the technology metal. A wafer-thin coating of indium tin oxide, which is both transparent and conductive, controls their display. These properties also make indium a sought-after material for manufacturing solar cells, especially the so-called thin-film modules. These are only gradually gaining in importance, although they are lighter and cheaper to produce than the thick-film modules made of crystalline silicon that have dominated the market to date.

In the production of thin-film solar cells, semiconductor materials such as amorphous silicon or cadmium telluride are vapor-deposited onto a substrate layer such as glass or plastic. The U.S. Department of Energy attests the highest efficiency for this type of solar module to the indium compound copper indium gallium diselenide (CIGS).

Thin-film solar cells can be found both in solar parks and – because of their flexibility and low weight – on house facades, mobile homes or even backpacks. One drawback, however, is their efficiency: on average, thin-film modules convert only ten percent of solar energy into electricity. The figure for conventional silicon solar cells is around 20 percent. However, more and more efficient thin-film solar cells are being constructed around the world, often using indium.

A new record was set, for example, by the Swiss Federal Laboratories for Materials Science and Technology (Empa) in Switzerland (we reported) with CIGS solar cells on flexible polymer film, which have an efficiency of 21.4 percent. The world’s most efficient solar cell to date, recently presented by the Fraunhofer Institute for Solar Energy Systems ISE, even achieves 47.6 percent. This is a so-called tandem module with several layers, including gallium indium phosphide and gallium indium arsenide. By using different semiconductor materials, different wavelengths of sunlight can be used.

Promising for the Future: Perovskite Plus Indium

The minerals of the perovskite group are also considered promising for the solar cells of the future: synthetic, semi-organic semiconductor materials that combine high efficiency with low manufacturing costs. They are often used in tandem cells. A German research team (PDF) achieved an efficiency of 24 percent by combining a thin-film solar cell made of perovskite with a second made of organic semiconductors. The key to success is the “ultra-thin layer” of 1.5 nanometers of indium oxide that connects the two, explains Tim Becker, a doctoral student at the University of Wuppertal who specializes in so-called interconnects. The thinner the connection, the lower the losses.

Even virtually invisible solar cells can be realized with the transparent technology metal: Scientists at Tohoku University in Japan recently developed one of these. They used an electrode made of indium tin oxide (ITO). The solar module has the potential to achieve a transparency of 79 percent, and its efficiency is also 1,000 times higher than that of a reference device with a conventional ITO electrode.

The European research consortium FlexFunction2Sustain, in turn, combined an ITO electrode with plastic made from packaging material for beverage bags – creating the first organic solar cell based on recycled material. This is a field of application that could become increasingly important in terms of sustainability.

The manifold examples from research give us a hint: Although indium rarely plays the main role, the technology metal could make a decisive contribution to the development of new, innovative photovoltaic technologies.

Accordingly, the German Mineral Resources Agency DERA (PDF) sees thin-film photovoltaics, along with display technology, as the most important area of application for indium, with high growth potential. The importance of the raw material for these future technologies is countered by its limited availability, as it is considered very rare. The most important producer is China; last year, 530 metric tons of raffinade were produced there, compared with 920 metric tons worldwide, according to the U.S. Geological Survey (PDF). By comparison, in the same year, global gold production was about 3,000 tons.