Harley Davidson Plans to Give Electric Motorcycles a Boost 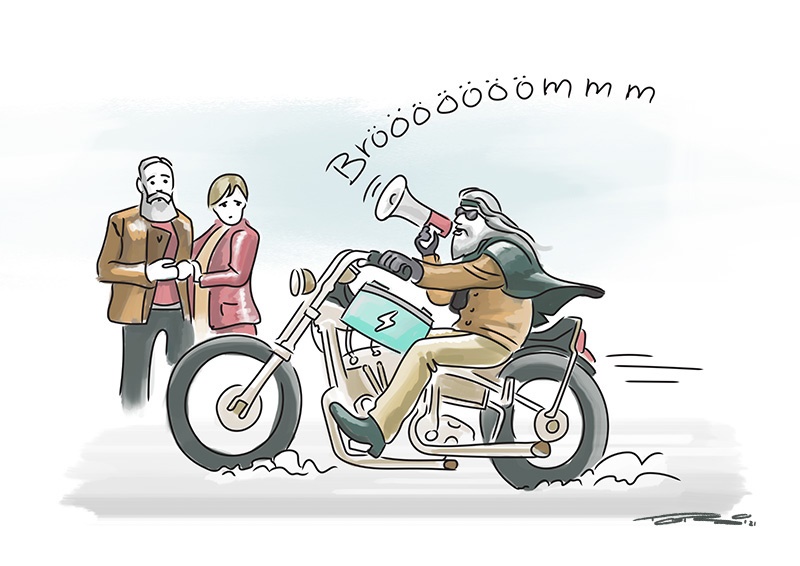 Motorbike batteries also require rare earths. But the biker scene is concerned with entirely different matters. Now, a former Puma manager is intent on changing that.

The first regular model premiered at the beginning of June at the International Motorcycle Show in Irvine, California. The machine, which is also available in Germany, is to cost around EUR 33,000. According to the manufacturer, the range of its 15.5 kWH battery lies between 158 (combined country highway and stop-and-go traffic) and 235 kilometers (city traffic).

But the story also has another interesting feature: The man behind the electric initiative is Jochen Zeitz, since spring 2020 new CEO at Harley Davidson. Not only is the German native the first non-American to head up the US corporation, for many years, Zeitz was chairman and CEO of the sports article producer Puma, before deciding to get out of the business rat-race and dedicate himself exclusively to sustainability projects.

And we now see a further metamorphosis of the now 58-year-old. His new aim is to combine biking bliss with sustainability. “With the launch of Livewire, we are grasping the opportunity to lead and shape the market for electric vehicles,” says Zeitz. In addition, Livewire is to develop new technologies which will later be suitable for fitting into electric motorcycles of the Harley Davidson brand. In other words: At some further stage, Harleys too will be electric.

It remains to be seen whether Zeitz will succeed with all these plans. Ultimately, while the e-motorcycles are more sustainable than classic combustors, the batteries with magnets requiring rare earths such as dysprosium and neodymium generally do not provide enough power – with the same high purchase costs. Motorrad Online.de wrote as recently as the end of March: “The vigorous draw of electric automobiles is not yet being felt in the motorcycle area. Here the high development of combustors continues.”

This may be due to the fact that the biker clientele – like many other tight-knit communities – is not exactly marked by a great willingness to change. This at least is one possible interpretation of the findings of a recent survey carried out by the British Motorcycle Action Group (MAG). It indicated that as many as 31 % of British bikers would choose to give up motorcycling entirely if only electric motorcycles were permitted. How many of them are Harley Davidson riders is unfortunately not recorded.

So it is hardly surprising that Harley Davidson misses few opportunities to beat the PR drum. As far back as the fall of 2020, the documentary series “Long way up” premiered – also being shown in this country on AppleTV+. The three-part series followed the actor Ewan McGregor and his friend Charley Boorman on an around 21,000-kilometer motorcycle trip from the southern tip of South America to Los Angeles. And what bikes did the boys use for the tough endurance test? Harley Davidson motorcycles, of course. There’s probably no better way of combating range misgivings and the softie image.