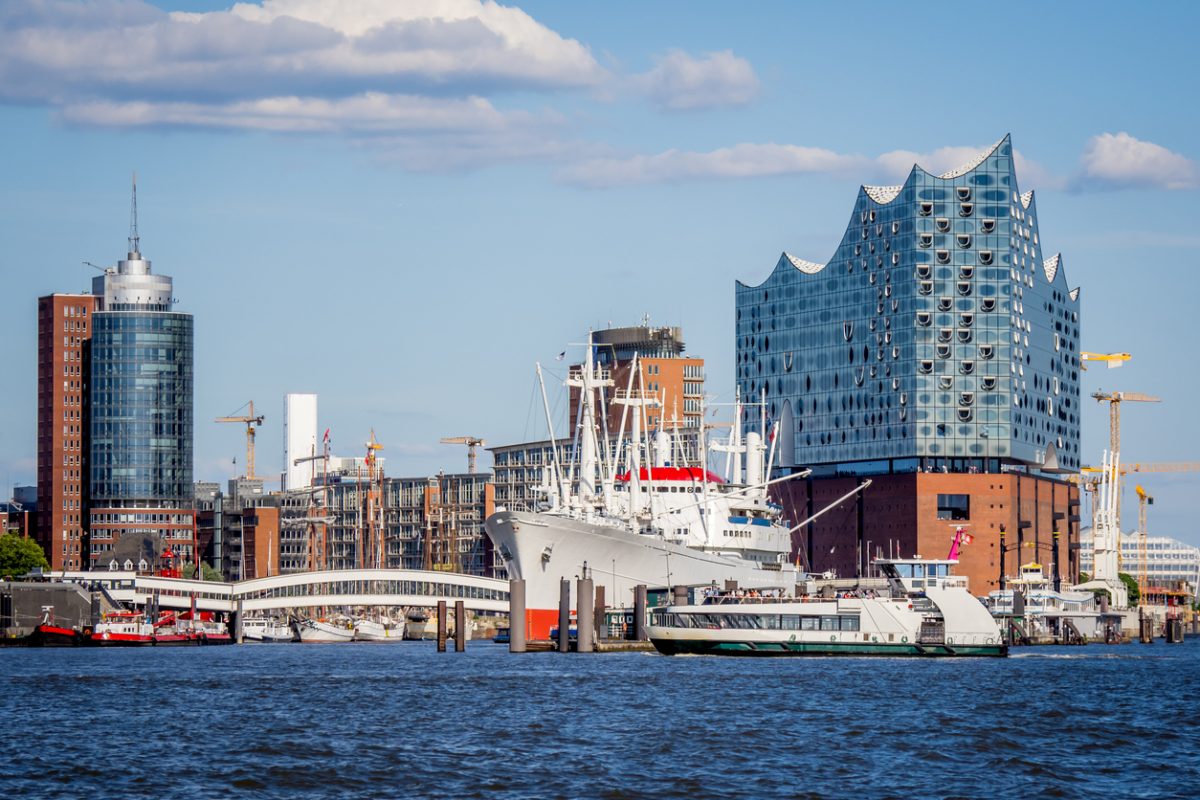 Green hydrogen plays a key role in the energy transition. Hamburg is to become a hub for imports to Germany and Europe.

Green hydrogen, which is produced almost emission-free with the help of renewable energies, is seen as an important beacon of hope in the fight against climate change. In order to drive forward the energy transition and achieve its climate targets, the then German government presented its National Hydrogen Strategy (PDF) in 2020. In it, it anticipates a hydrogen demand of around 90 to 110 TWh (90 to 110 billion watt hours) by 2030. However, most of this could not be produced locally, but would have to be imported from other countries. One reason for this is that Germany has only limited capacities for wind and solar parks, for example. The meta-study on hydrogen by the Fraunhofer Institutes ISI, ISE and IEG also comes to the conclusion that Germany will have to cover up to 70 percent of its demand through imports.

In the future, Hamburg, Germany’s largest seaport, is to become a central transshipment point for hydrogen imports to Germany and Europe. The city’s Department of Business and Innovation (BWI) has developed a strategic plan (PDF) with nine action points. The aim is to contribute to meeting the national energy demand and to consolidate the position of the Hanseatic city as a “hydrogen pioneer”. To implement the strategy in concrete terms, BWI plans to identify future hydrogen demand and any supply gaps, conclude agreements with exporting countries and expand the import infrastructure. Transport could take place “not only via ship and pipeline, but also via the already existing rail network,” the paper says.

Fit for the future of energy

As the Welt writes, exporting hydrogen will change the global energy landscape. “Heavyweights of the fossil energy industry” such as Russia would lose importance. Countries with large natural resources of wind and water power, solar energy and geothermal energy could become up-and-comers in their place. Hamburg already signed a memorandum of understanding last November with Scotland, which has large onshore and offshore wind capacity, to import green hydrogen. The goals of the collaboration include expanding the green hydrogen economy in both regions, achieving the Paris climate goals and building supply chains between Scotland and the Hanseatic city. Hamburg also plans to reach similar agreements with other countries such as Denmark, Norway, Australia and Saudi Arabia, according to Die Welt.

Sun-rich countries such as Namibia, Australia or the United Arab Emirates could also use their enormous solar energy potential in the future to produce and export green hydrogen. In its National Hydrogen Strategy, the German government is focusing on international cooperation with sun-rich countries. For more information, see: Joint Project Hydrogen.