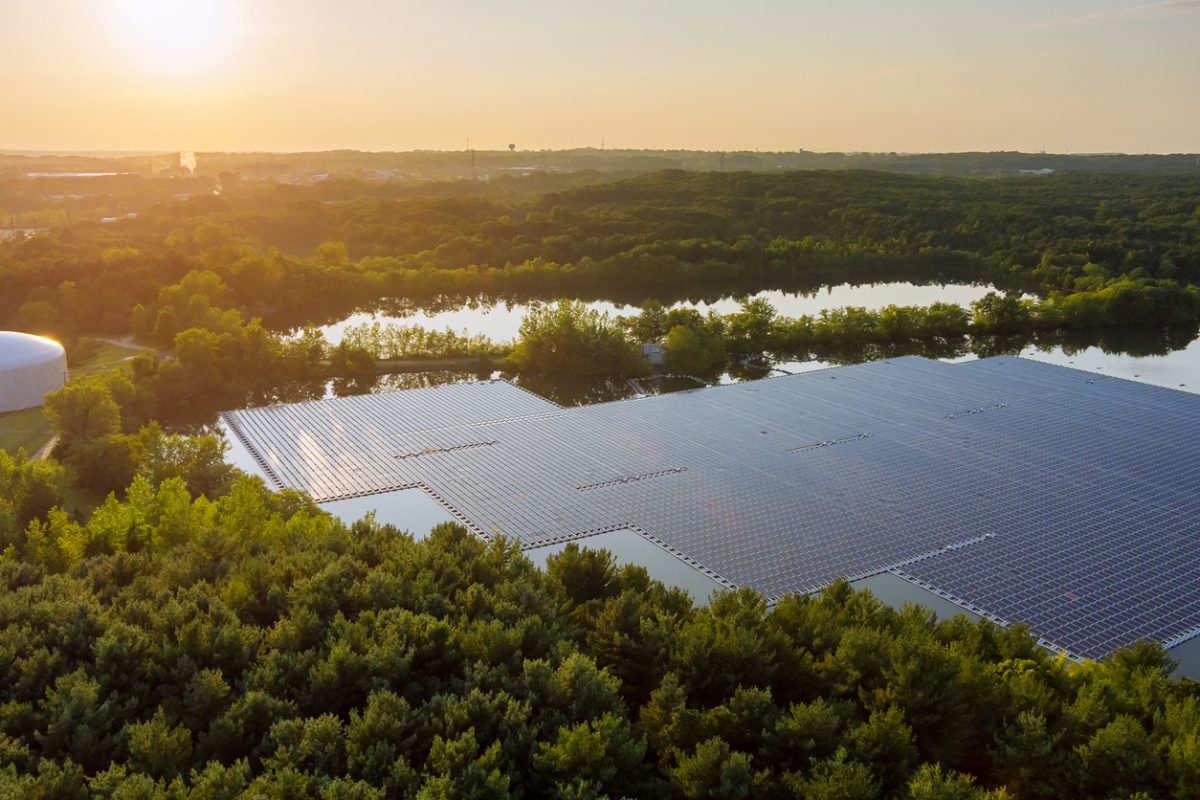 Solar energy plays an important role in the measures against climate change. In Germany, even every new commercial building will be equipped with a photovoltaic system in the future, according to the coalition agreement (we reported).

Portugal also has ambitious targets, which were recently tightened even further, as reported by Reuters. The share of renewable energies is to be 80 percent by 2026. However, the space required for high-performance solar plants is enormous, so the southern European country is taking a different approach to the expansion of this technology. There are plans to install floating solar modules on several reservoirs with a total capacity of over 230 megawatts.

The right to install and operate these systems was awarded this week in the form of an auction. EDP Renováveis, a subsidiary of Energias de Portugal, secured the largest share. According to a press release, it expects the projects to be commissioned by 2035.

The first floating photovoltaic modules, also known as floatovoltaics, were installed in Japan as early as 2007, and in recent years their expansion has gained considerable momentum, according to PV Magazine. They also have synergy effects when installed on reservoirs that are used for energy production. This is because existing connections to the power grid can be shared in this way. In addition, the modules at least partially protect the water beneath them from evaporation. For this reason, their use is being discussed in Turkey, among other countries, as the daily Hürriyet writes. Numerous lakes in Anatolia are threatened by climate change, it says, because the rain needed to feed them fails to materialize.

Project developer BayWa r.e. estimates the potential for floatovoltaics in Germany at 2 gigawatts peak, enough energy to supply 725,000 households. To achieve this, 10 percent of all suitable surfaces would have to be used. Installation on previously unused water surfaces could also prevent the loss of arable land, as the number of solar plants on arable land in the Federal Republic is increasing.