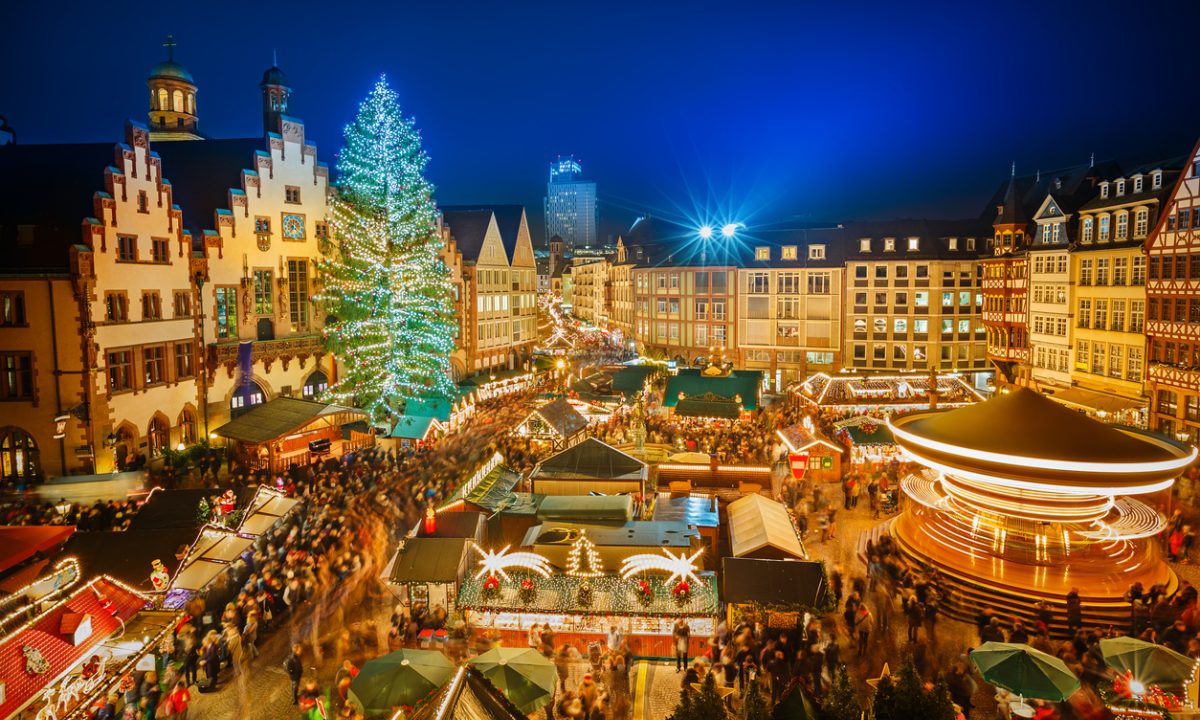 Colorful lights are part of the Advent season and LEDs are increasingly being used.

In Germany and elsewhere the Christmas markets are in full swing. As was the case with the “Festival of Lights” in Berlin, the question arose in the run-up as to whether the events were actually keeping up with the times. In September, for example, Deutsche Umwelthilfe (German Environmental Aid) called for people to renounce the illuminated decorations in cities and even private households, citing the shortage of energy, but also for reasons of climate protection. But Christmas markets have done a lot to improve the energy balance in recent years.

At Nuremberg’s Christkindlesmarkt, the entire lighting system was converted to LED technology years ago. The semiconductors in the light-emitting diodes, which are usually made of gallium, enable energy savings of up to 90 percent compared to incandescent bulbs and still 70 percent compared to halogen lamps, according to the Öko-Institut. Cologne also relies on LEDs powered by green electricity, reports the Kölnische Rundschau.

What applies to the fairs can also be observed on the shopping miles during the Advent season. Many cities, such as Frankfurt am Main, have also switched to this technology here to bathe the main shopping street, the Zeil, in atmospheric light. Meanwhile, other parts of the Main metropolis are doing without fairy lights and the like, writes the Frankfurter Allgemeine Zeitung. This is because the installation of the lighting system has long since become a decisive cost factor.

With modern LED technology, the entire visible color spectrum can be displayed.

Power consumption higher on the sofa than at the Christmas market

In view of the energy efficiency of LEDs, the call for abstincence from lighting should rather be understood as symbolic policy, as Klaus Mark, founder of MK Illumination, the leading company in the field of festive lighting, said to WirtschaftsWoche. A Christmas lighting of a city with 200,000 to 300,000 inhabitants completely converted to LED would have just a share of 0.0007 to 0.01 percent of the annual total electricity consumption.

The German Showmen’s Association (DSB) has analyzed the energy requirements of German Christmas markets in even greater detail than Klaus Mark and compared the electricity consumption of Christmas market visitors with their consumption at home (PDF). Per capita, the Oldenburg Christmas market consumed about 0.2 kilowatt hours, while the market in Lübeck consumed only 0.1 kWh. A cozy evening of television and dinner would cost a family 0.7 kWh per person. The association’s intentionally provocative thesis (PDF) is that electricity consumption on the sofa is significantly higher than at the public festivals.

Mark also points out that the importance of festively decorated and illuminated city centers as a source of foot traffic for the stationary retail trade should not be underestimated. After all, with this kind of shopping experience, traditional stores can score points over the rapidly growing online trade.