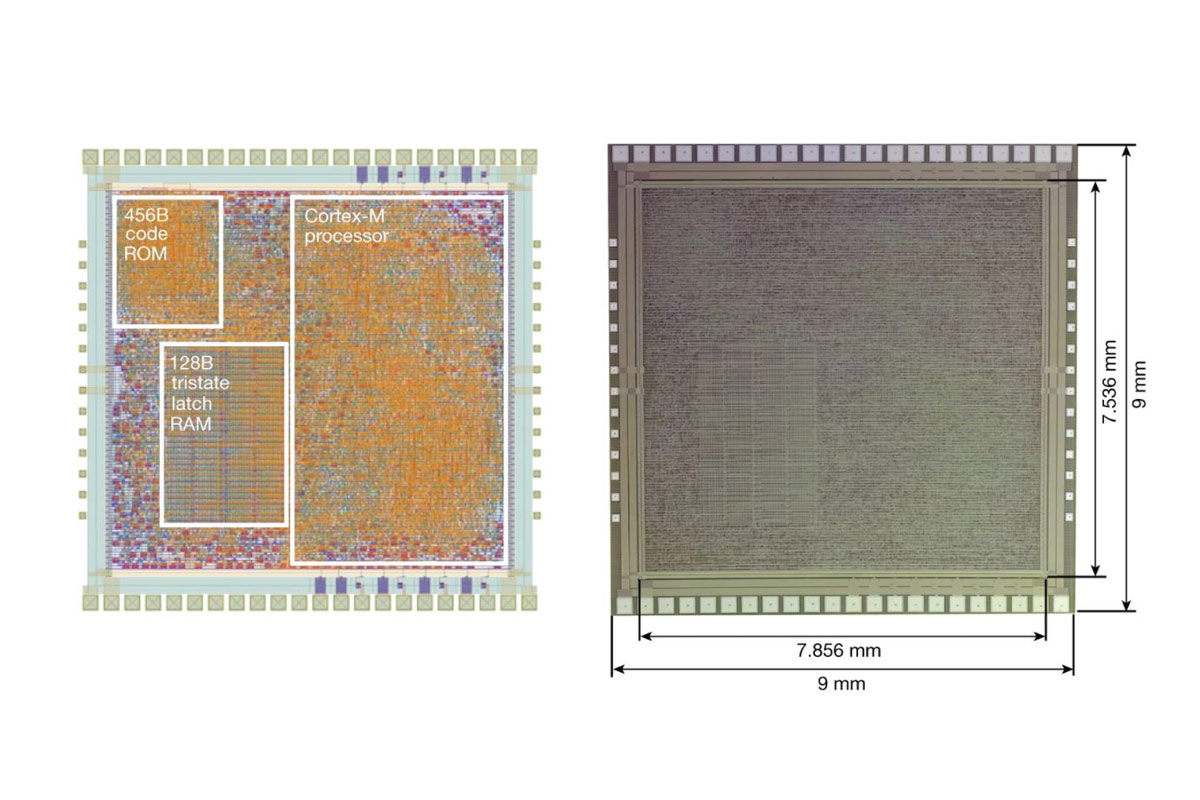 British semiconductor manufacturer Arm has unveiled a bendable microprocessor. The 32-bit processor consists of thin-film transistors (=TFT) made of indium gallium zinc oxide (IGZO). The flexibility of the microprocessor opens up new areas of application, according to the developers. These include sensors on everyday items ranging from food to clothing, for example, to provide information on the origin of a product. The processor’s performance is currently still relatively low, and its power consumption is relatively high. A major advantage is the comparatively low production costs. Arm therefore sees the prototype as a trailblazer that will enable an “Internet of Things” in which more than a trillion inanimate objects will be integrated into the digital world over the next ten years.